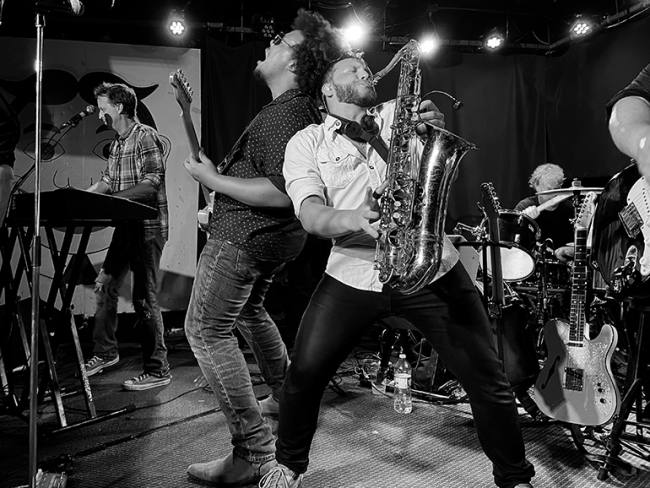 Live music was back at The Wonder Bar Saturday June 26, for the first time in 16 months before a full-capacity crowd on hand to experience a three-hour performance by The E Street Shuffle.

“Asbury Park fans are back,” The Wonder Bar promoter Kyle Brendle wrote on Facebook, “they were literally dancing in the streets.”

On the same night that Springsteen relaunched his Broadway show, The E Street Shuffle filled The Wonder Bar with Springsteen’s greatest songs for those on the shore. Though the show was sold out, many fans gathered outside the famed seaside bar’s open windows to sing and dance along to the performance.

“The show was a true celebration of summertime at the Jersey Shore and Asbury Park,” said The E Street Shuffle lead singer Sean Loughlin. “After a tough year, it was great to have a night to breathe, dance, and just have fun. The crowd reaction was amazing.”

“There is something magical about playing the music of Bruce Springsteen, of one of the greatest artists of our time, on the same stage he has played on at The Wonder Bar,” said saxophone player Zack Sandler. “It was wonderful to look out from the stage and see such an awesome crowd. It was good to be back in Asbury Park.”

The night featured such Springsteen classics as “Born to Run,” “Candy’s Room,” “Jungleland,” “Bobby Jean,” “Rosalita,” “Tenth Avenue Freeze-Out” and obscurities like “Mary’s Place” and “So Young and in Love.” The band also played “Ghosts” and “Janey Needs a Shooter” from the Boss’ latest album. Jarod Clemons, who played the Stone Pony a week earlier with his band The Late Nights, jumped on stage to perform “Glory Days” and “Badlands” with The E Street Shuffle.

“What a great night at The Wonder Bar last night,” Debbie DeLisa of the Wonder Bar wrote on Facebook of Saturday’s E Street Shuffle show. “It was packed inside… packed on the deck… Everybody dancing… Even the people on the street who were watching.” 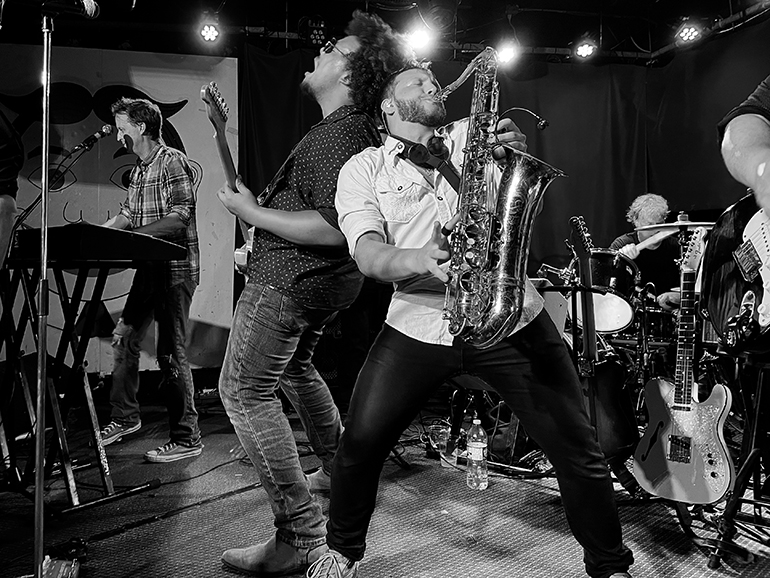 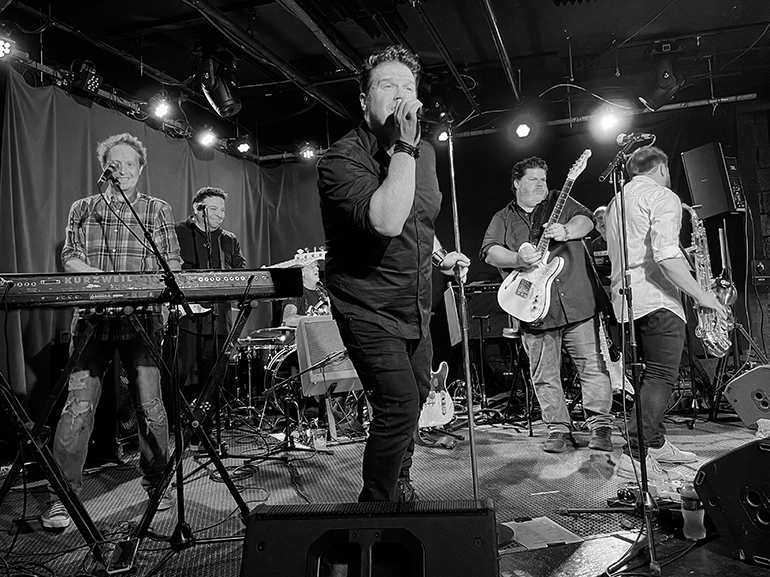 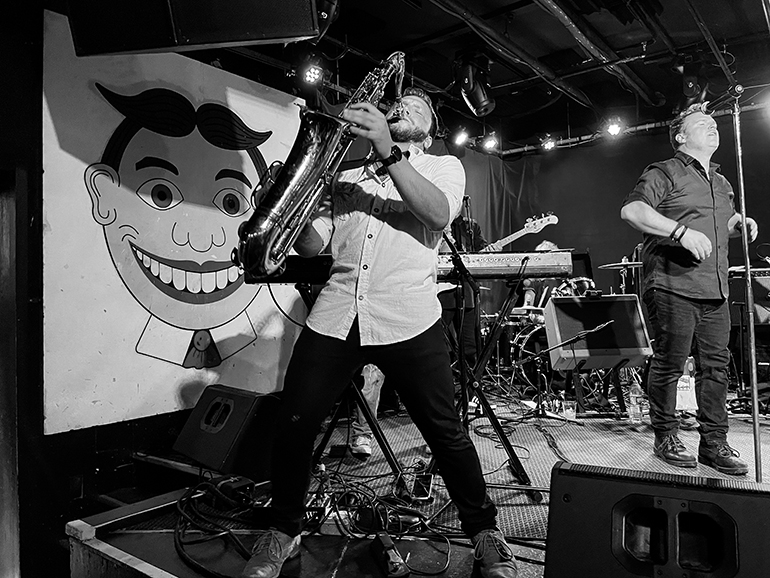 Photos and Review by Richard Huff