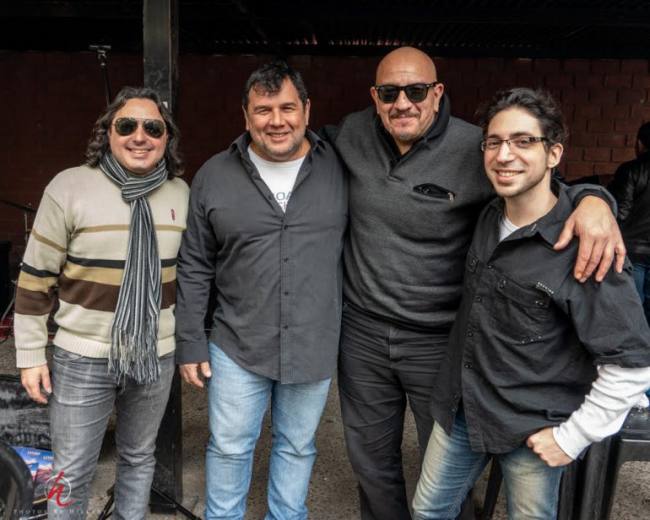 Leyendas RockandRoll in Buenos Aires, July 22, 2018.
There’s no better place to be on a Sunday in Buenos Aires than the San Telmo Sunday Fair.  Amidst thousands of locals, tourists and vendors lining the streets it would be difficult to avoid purchasing some kind of craft or funky souvenir. As we wandered along the booths and kiosks  we were mesmerized by a voice that could have been Johnny Rivers, it was surely his  “Secret Agent Man”, but the sound was coming from a side alley, smoke billowing from the “parillas” as an “asado” was cooking behind a wall.  Could we not check it out ? What we found was the local band Leyendas RockandRoll, a four piece band led by Karl Wünsche on vocals and lead guitar, backed up by Jose Ernesto Escobar on drums, Adrian Rallap on guitar and Claudio Javier Aguero on Bass.
We grabbed a drink and a chorizo sandwich and took a seat front and center as Wünsche lit into Credence Clearwater Revival’s  “Fortunate Son” with all the gusto of CCR’s intensity, circa 1969. With not a second to take a breath Wünsche fired up the band’s rendition of “Johnny B. Goode”,  while the assembled quickly caught on that these guys were transporting the audience to the world of Classic Rock from its earliest days in the late 1950’s through the Big Hits from the 1980’s.
As we looked around, the now elbow-to elbow packed space, we witnessed the spectators mouthing the words in an array of accents, for Wünsche treated the gathering to a display of rock history for, as we know, music is the universal language. The band glided into Chubby Checker’s “The Twist” and my husband, a Philadelphian like Checker, swore that Chubby must have transposed himself into a young Argentine songster, so right-on was Wünsche’s rendition.The band lacked not even “un poco” of intensity, nor time to take a break for their joy was infectious and the prize was pure fun!
Photos and Review by Hillary Shemin.
[Show slideshow] 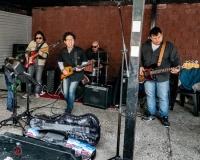 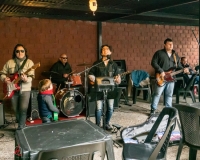 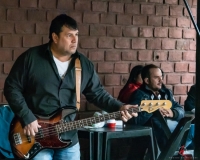 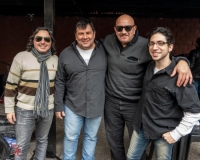 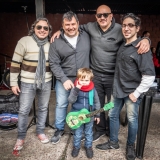 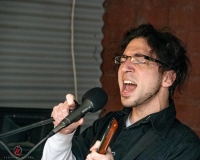 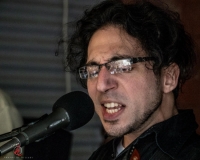 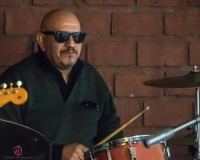 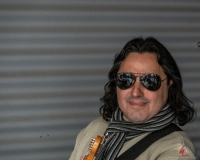 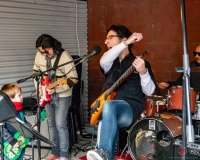