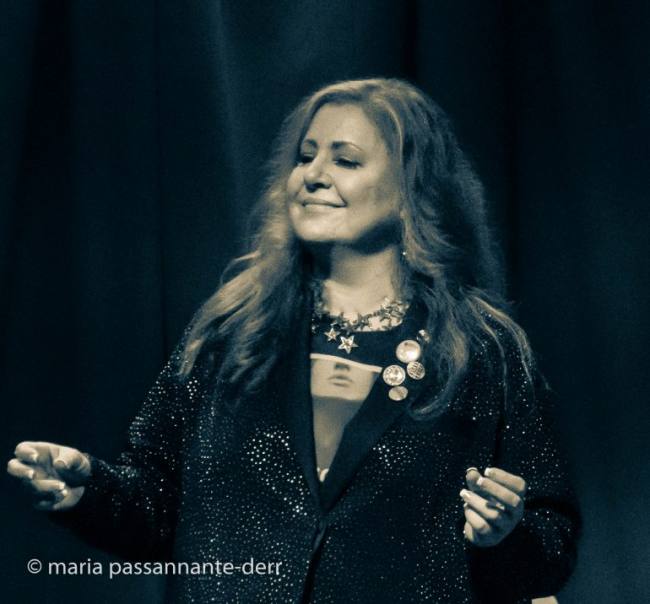 Lena Prima, charmingly, reminds us of “Growing Up Prima” in a musical homage to her father, the great Louis Prima. She touched us with stories , how finding a penny anywhere, always reminds her of her father, lovingly singing, “Pennies From Heaven”, to her, as a child. Her talent, seasoned, powerful and beyond reproach, energized the audience through her renditions of “Che La Luna”, “Come On A My House” (covered by Rosemary Clooney), “Just a Gigolo” (covered by David Lee Roth) and “Pleeza No Squeeza”. Lena’s resides in New Orleans where she regularly plays at the Hotel Monteleone in the French Quarter. Her performance at the Club Bonafide on October 7th is a glimpse of what we can expect from her up-coming cd (to be released in January, 2019), “Prima La Famiglia” (see her micro documentary on You Tube) a big band version of her successful gig this past evening at Club Bonafide.
Band members: Vocalist, Lena Prima; Lawrence Sieberth, piano & arranger; Tim Fahey, bass; Michael Hashim, saxophone; Andy Gravish, trumpet; David Gibson, trombone; Daniel Glass, drums. 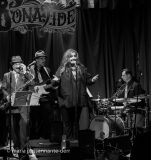 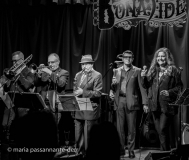 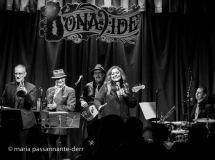 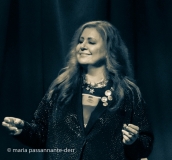 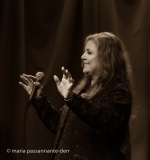 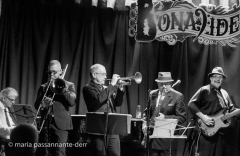 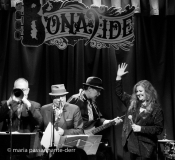 Photos and Review By Maria Passannante-Derr