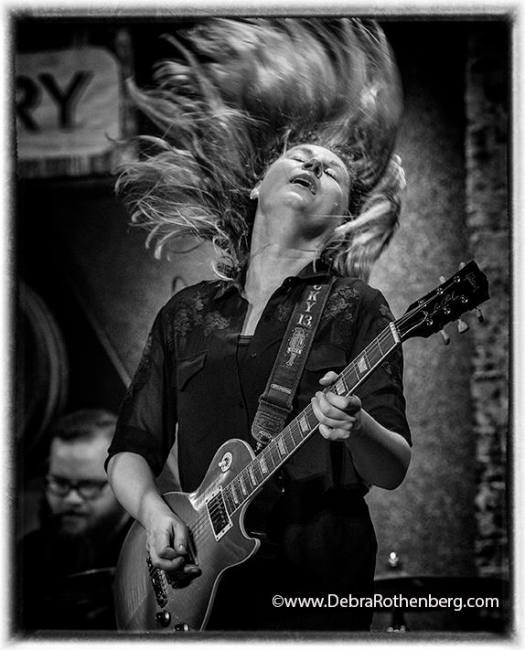 British blues rocked guitarist and singer Joanne Shaw Taylor has the audience on their feet after the first few chords she strummed on her guitar at City Winery, and the cheering never stopped. Discovered by Dave Stewart of the Eurythmics, it is not at all surprising why he was so drawn to her. With her long blond hair, accent and witty charm, her guitar playing and singing will blow you away. She should be on the cover of every guitar magazine out there. “Diamonds in the Dirt” had her shredding the guitar and the audience screaming at the top of their lungs.

With a little snow falling outside on the New York City streets, Joanne Shaw Taylor surely hearted up the room inside City Winery, leaving her audience wanting more.