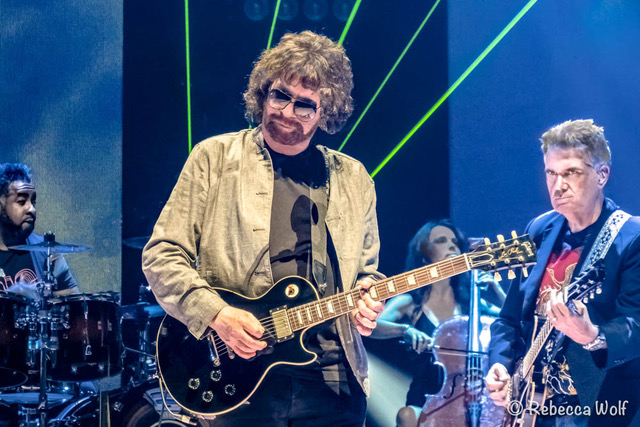 Jeff Lynne and ELO’s entrance on the stage at Madison Square Garden on August 21st was something most of his fans had desperately been awaiting (many for the first time) for almost 40 years. The last time ELO toured the U.S. was the Time tour in 1981, and the last performance at MSG was Sept. 1978. Having an opportunity to see ELO in concert was a dream for so many, that many fans at MSG traveled hundreds and thousands of miles to experience the wonders of Jeff Lynne and the music of the Electric Light Orchestra.

While Jeff Lynne is the only remaining member of the original ELO band (original keyboardist Richard Tandy last played with the band in 2016, at the Hollywood Bowl and Radio City), his 11-piece orchestra did a phenomenal job recreating the authentic sound of ELO’s biggest hits. And, Jeff Lynne himself, continues to sing the songs he’s written and performed beginning 40 years ago, with a voice that belies time. Lynne communicates minimally during his concerts, besides an occasional “thank you” and a cheerful “thumbs up” to the crowd. However, his happiness to be playing for his adoring fans and his gratitude for the response he receives is apparent.

The 19 song set list included 17 ELO favorites, a song from Lynne’s supergroup the Traveling Wilburys and one from Lynne’s 2015 solo album, When I Was a Boy. Individual band members were highlighted during the evening, including Melanie Lewis McDonald’s gorgeous voice in the operatic section of “Rockaria”, Rose Langley’s beautiful violin playing on “Livin’ Thing”, and guitarist/backing vocalist Iain Hornal’s superb job with Roy Orbison’s solo in the Traveling Wilburys’, “Handle With Care”. “Can’t Get It Out Of My Head”, a crowd favorite (weren’t they all), beautifully showcased the string players and keyboardists, and “10538 Overture” culminated with a jam that included Lynne, musical director Mike Stevens, lead guitarist Milton McDonald and bassist Lee Pomeroy.

Throughout the night the band was accompanied by 20,000 of the most enthusiastic and passionate back-up vocalists. Fans typically attend concerts because they like/love the music of an artist. However, on this night the adoration for Jeff Lynne (the man) and the music of ELO was palpable throughout the crowd; it was an emotional experience. It was the reason the family next to me had traveled from S. America and the reason, for a brief moment I thought, “Maybe I should go to London for a show in the fall.”  If only….. 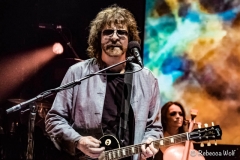 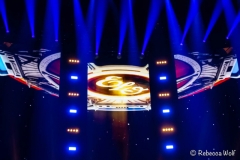 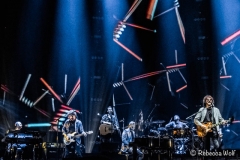 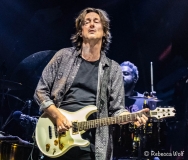 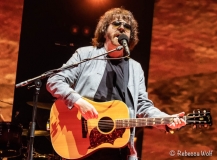 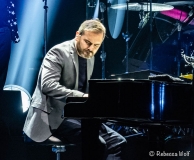 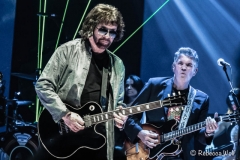 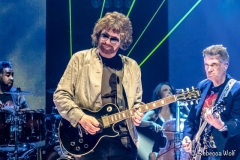