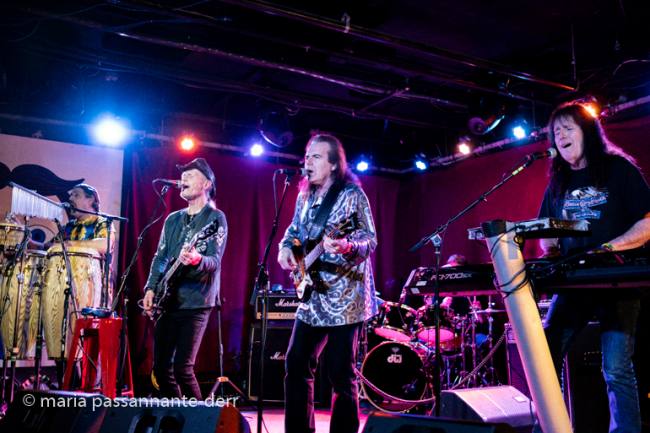 Iron Butterfly, the psychedelic group of the late 60’s that paved the way to hard rock and heavy metal with its legendary  hit, “In A  Gadda Da Vida” rocked the Wonder Bar tonight. Reincarnated in varying degrees of success, over the years, they attracted a crowd of  fans who clearly knew  their music. The set list of  this,  “The Soul Experience Tour 2019”,  included songs from their productive discography of 12 albums:  “Heavy” (their first album in 1968),  “Ball”, “Soul Experience” and “Metamorphosis”, to name a few. It was the legendary “In A Gadda Da Vida”, (released as a song that sold  more than 30 million copies and originally 17 minutes on the album) that the audience came to hear.  One by one, the band members temporarily left the stage so the drummer could play the  iconic  two and one-half minute drum solo that swelled to the unforgettable crescendo when they returned to the stage. 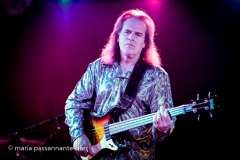 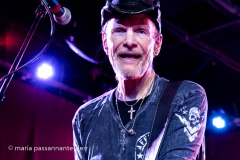 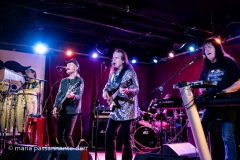 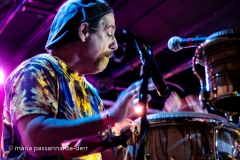 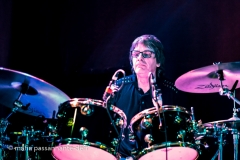