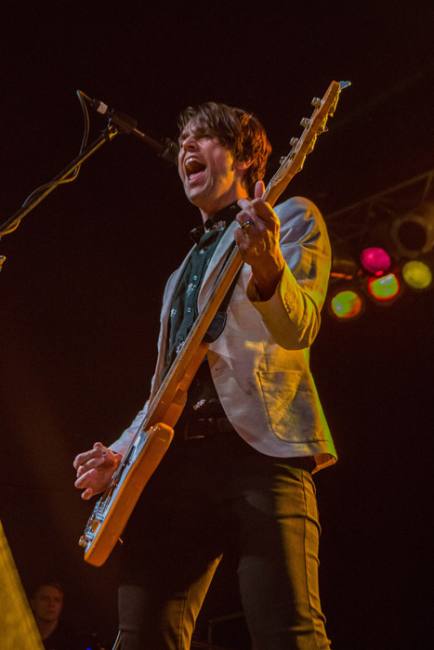 I Don’t Know How But They Found Me had packed Webster Theater with fans new and old. Although only two members create the band, IDK How had put on a performance that was out of this world.

I may have just loved the opening band, no pun intended. Superet is a five piece American rock band from Los Angeles who had started the show with nothing but high energy, good tunes and stellar stage presence. The band had the crowd jumping and screaming along song after song. I admired how the band kept the energy of their performance upbeat as most of the time we don’t know the opening band. This allowed fans new and old to dance around before the main act. Leader singer Matt did an outstanding job of getting fans engaged in the show by his whole stage presence. There wasn’t an ounce of the stage that the leader singer/guitarist didn’t touch. From intricate guitar solos to the high range he could hit, the performance was anything but boring. I can see this band having great success in the near future, how could you not have fallen in love with the opening band?

Not long after, fans were chanting for Dallon Weekes and Ryan Seaman to come take the stage. The bands entrance already showed what the act was going to be, eccentric and wild. Dallon Weekes, former bassist for Panic!, has obviously been in this scene for awhile. His whole stage presence was well thought out and involved fans in multiple aspects of the show. There wasn’t a moment where fans were standing still and doing nothing. He engaged every single person in the packed venue with every song. Not to mention the bands familiarity of how to produce a show like no other. Dallon Weekes’ falsetto is one that will knock your socks off. The singer ability to hit such high notes yet not overuse his talent was something that caught my attention right away. Ryan Seaman is a human metronome being able to play not only the drums but also the bass – at the same time as fans of Hartford experienced. The show was nothing but dull from start to finish.

Being my second to seeing the band, I had a little bit of an idea of what to expect, but IDK How blew my expectations away and put on a show I believe may have been one of my favorites. I can see the band gaining some real success in the near future once fans notice and discover the two piece band. I hope for a day when they can play with a full band standing behind them and I know that this isn’t far from happening from what I got to experience on May 11th. 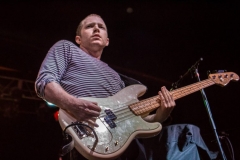 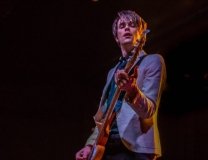 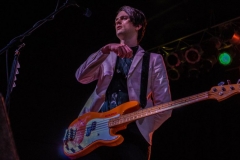 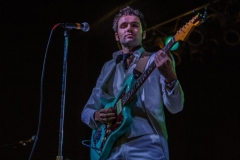 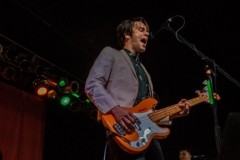 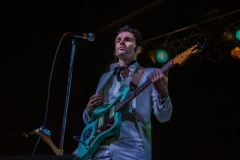 Photos and Review by Sabrina Amoriello