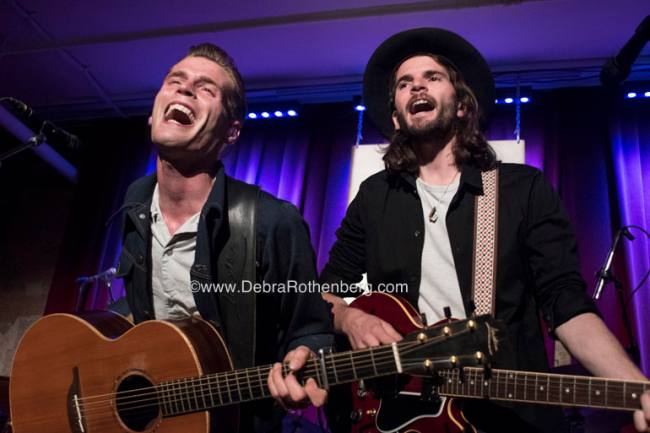 Hudson Taylor, an Irish Folk Band that includes brothers Alfie Hudson-Taylor and Harry Hudson-Taylor and their sister Gabrielle Aplin blew the roof off the Loft At City Winery tonight. Normally, the venue has seats but tonight it was standing room only, packed wall to wall. The band was visibly moved to see the audience singing along to every song and commented how special it was to play in the states and look at and see everyone knowing their words. A couple even got engaged during their show, much to the delight of the band and everyone around them.

Their almost 20 song set list included an acapella song along with other catchy tues such as Old Soul, Pray For The Day and Don’t Know Why.

Fresh off their opening for Hozier at the Beacon Theater earlier in the week, this band is ready to start headlining on the own.

Remember this band’s name-they are definitely going to be playing arenas on their own very soon. 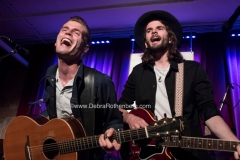 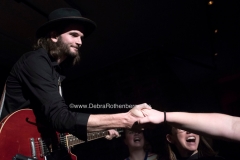 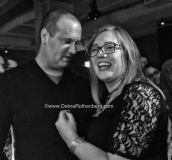