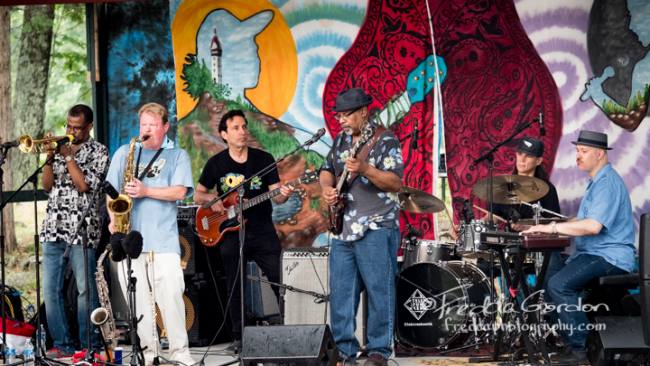 I was very lucky to experience the second day of the 2019 Hike to The Mic music festival in Avon, CT on Sunday, August 18th. As the name suggests, it was a challenge to get there. Most of the attendees hiked 30 minutes from the trailhead to reach the festivities. Once there the gorgeous views, serene woodsy atmosphere and a solid line up of music was a great reward! Each band was fun to watch and offered something a little different than the one before. They were generally local bands who have achieved some notoriety in the music world which was evident from the talent that graced the stage all day. The exception was the Jaimoe’s Jasssz Band, although many of those members are from Connecticut as well.

The Heublein Tower fundraising event is in it’s 5th year and is impressively and seamlessly run by Bill Case. To learn more about the tower, click here. Case had help from his daughter, Jacy, who emceed the entire day. As each band left the stage Jacy would run events for kids and then introduce the next band. During performances she was dancing in front of the stage. Her energy was impressive, as was Case’s entire family who were there supporting. In addition, there was the added bonus of a featured artist, Corey Pane, whose work was seen among the greenery.

Although there were many acts I must start off with the the last act and headliner, Jaimoe’s Jasssz Band. Legendary drummer and founding member of the Allman Brothers Band founded this band also and although he was under the weather and couldn’t make the gig, Mark Greenberg filled in expertly. Front man Jr. Mack’s solid blues vocals and excellent guitar work, along with the strong talents of Dave Stoltz (bass), Kris Jensen (sax), Brian Charette (Keys), and Reggie Pitman (trumpet) finished off the evening with a wonderful performance. Their energy and top notch show pulled the whole crowd onto their feet and got them dancing. There was some concern about an impending storm but I’m sure it was their music that kept it at bay until the set ended.

Next was MJK Orbit, a brother and sister duo with Jaden and Meghan Spangenberg. His box drumming and her voice created a sound bigger than the parts. It will be great to watch what they do musically in the future starting with Meghan’s release an EP of 3 original songs on Spotify and other streaming services at the end of the month.

Ian D’Arcangelo was the next talented performer. His good nature shined through his music. He has toured the Northeast and his comfort performing was evident. It’s not surprising to learn that he started music at 4 years old and plays numerous instruments including keys, guitar, upright bass and fiddle. He was joined by a drummer and guitar player for a few songs at the end of his set.

Then came the KC Sisters accompanied by a full band including drums, trombone, trumpet, tenor and baritone saxes, and keys. Not that they needed it because the sisters, Noelle, Denana, Tasha, Kathleen and Eleise are talented musicians in their own right and added to the band with their instruments. Some of the sisters played more than one, taking turns on the drums or switching from guitar to violin. The harmonies were outstanding and the lively set was fun to watch.

The volume increased as the next band, Blue Eyed Blackbird took the stage. Members Mitch Moriber (guitar) and Eli Novicky (guitar), Andrew Cusanelli (Drums), Tom Sullivan (Bass), Kris Yunker (Hammond Organ, Keys), and Carl DiFederico (Vocals), pumped energy into the woods with a true rock n roll sound. DiFederico’s energy was infectious as he jumped around the stage keeping up the energy of the music with his bandmates and the audience.

Among the Acres was a strong act to follow this energy. They are an indie/americana/rock quartet based out of Hartford, CT. Michael Day (Lead Vocals, Guitar, Banjo), Sean Lemkey (Lead Vocals, Guitar), Erik Lindblad (drums, percussion, vocals) and Greg Ganci (bass, vocals) performed tightly creating a great sound. They have won contests doing cover songs and they performed originals as well. A talented group that are currently touring throughout New England.

The penultimate band was Erica Bryan & the New Mosaic. I can’t say enough about the powerful, soulful voice, and classic style of Erica Bryan. She came onstage with force and, with the help of the talented Mosaics behind her, she kept it up for the entire set. Her music will be something to watch, beginning with the 2017 release of her debut solo EP, “Young.” The mosaics were Tom Sullivan (bass), Mike Carabello (Keys), and Dwayne Keith (Drums).

All in all it was a super fun day and I am looking forward to next year! 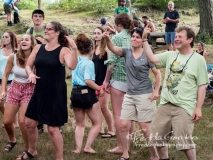 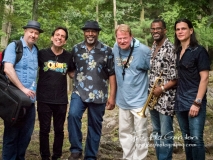 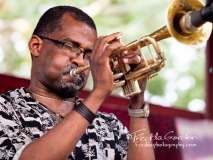 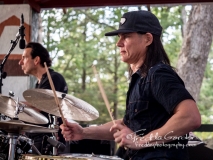 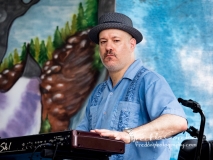 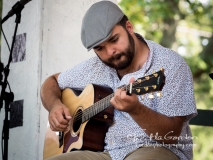 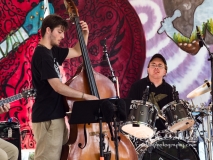 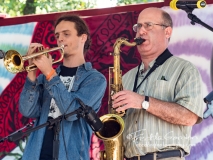 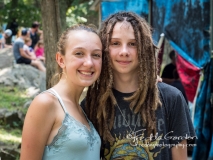 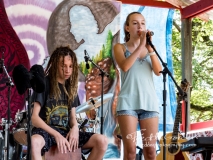