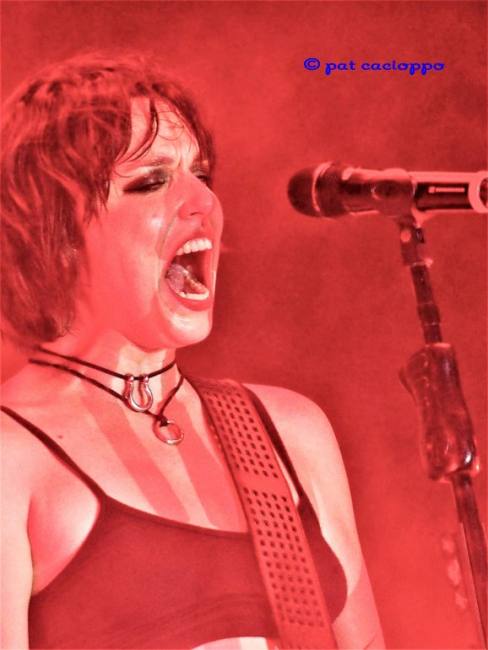 As if it wasn’t hot enough, (104 when the gates to the Stone Pony Summer Stage opened this evening), Halestorm brought the thousands in attendance at the legendary Jersey Shore venue to degrees unheard of!  Touring to support their 4th album VISCIOUS, which was released a week before this appearance, and fronted by the best female voice in rock today, Lzzy Hale her brother, drummer, Arejay Hale, guitarist Joe Hottinger and bassist Josh Smith tore through a slap you in the face hard rockin’ 1-1/2 hour jam.  Opening with SKULLS off the new album, the blistering set list was a mix of new material and fan favorites from their collection.  Lzzy’s vocal range is phenomenal and her voice so strong, I’m sure it was heard down coast in Seaside.  My only complaint was I feel the set was cut a bit short due to the extreme heat.  Closing the night with their signature HERE’S TO US and Jagermeister toast, one can only pray that this young band will be around for many more summers to come!!  Opening for Halestorm were New Year’s Day and In This Moment.