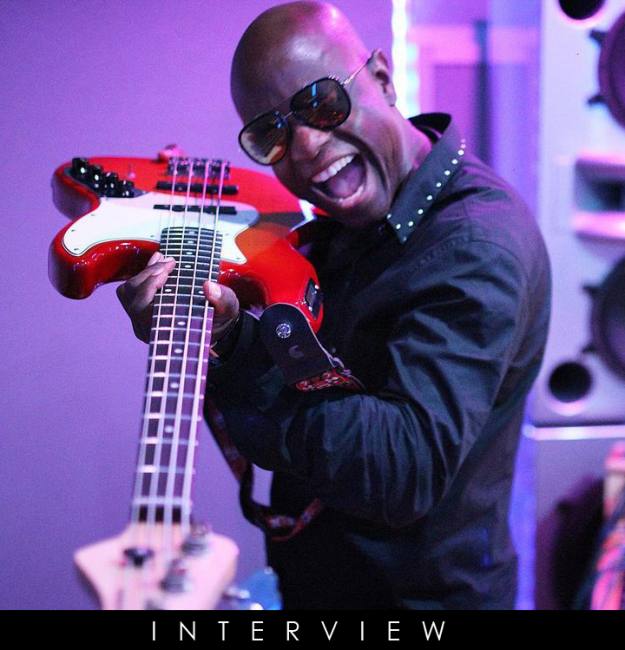 Jerry “Wonda” Duplessis is a man of vision. Not content with an accomplished career, he is proud of his recent appointment to the Board of Directors of the Newark Symphony Hall. His major achievements include bass player of The Fugees, co-producer with Wyclef Jean of their iconic album, “The Score”, fifteen Grammy nominations, three Grammy awards, including one for Santana’s, “Supernatural” as Album of the Year.

Maria Passannante-Derr: Congratulations on your appointment to the Board of The Newark Symphony Hall. I am sure that the Board is honored to have someone with your talent and creative, forward thinking on its Board. How did this appointment come about?

Jerry Wonda:  It started with my background and lifelong connection to New Jersey. I went to Essex County College.  As a bass player for The Fugees and co-producer of “The Score”, I played in that venue so it is in my heart. I also lived in Newark, The Oranges, Irvington and North Caldwell.

Newark Mayor Ras Baraka and I have known each other for several years. About three years ago I started a movement to help young musicians. Mayor Baraka and I met at my studio. One day, he brought with him two young people from New York.  I was so impressed by their talent that I had to get involved. Since that time, I’ve been focused and helping Noah, a talented musician. Eventually, Mayor Baraka asked if I would like to be a part of the Board of the Newark Symphony Hall.  At first, I was surprised but in my head I know that the Newark Symphony Hall is capable of the same greatness and prominence of the Apollo Theatre and Radio City Music Hall. 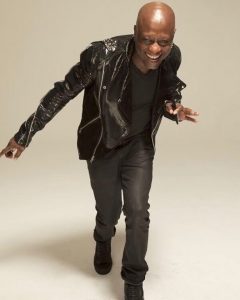 MP-D: You recently said, “Because the story of that venue is so special, I want to bring in everybody I have access to and even bring in venture capital and create a movement in art and culture. I want to bring every culture into that venue.”

JW: My first priority is the quality of the sound. I have always been a sonic man and I am very picky.  I remember when Wyclef and I built a recording studio in the basement of my Dad’s house to record “The Score”.  The Fugees version of “ Killing Me Softly” was recorded there. My plan is that the Newark Symphony Hall is going to be the spot where we put the best sound system, the best recording studio, and a place where young kids can be involved.  In addition, it is about the preservation and restoration of that venue.  I have access to a lot of people. It is not just about the artists, it’s about how we connect and do it in fun ways to keep that venue alive and raise funds to keep it going. I’m glad to be a part of it. I am an advocate to get everybody I know into that venue.

MP-D: I read that you will be assisting with diversity and inclusionary initiatives and chairing a new artist advisory board. Have you developed specific programs to further these objectives? How will you reach out to the community and make that connection with these young, talented artists?

JW: I am an Ambassador for the Grammys, on the Board of Governors, so I’m doing a lot of work in the Grammy Museum in New York right now and working with the Prudential Center. My goal is to connect the Prudential Center with Newark Symphony Hall. We have a lot of programs where we could get young kids straight into music with an internship in a recording studio where they learn how to produce but really teach them how I approach music, how to be a sound engineer, how to write music and show them opportunities. You never know who will be my next Wyclef, my next Lauryn Hill, the next Jerry. That is the goal. 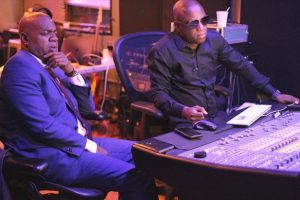 MP-D: Newark Symphony Hall is on the Register of Historic Landmarks. Their 100th year anniversary in 2025 is going to be a tremendous event for the community, for the State of New Jersey and for the music world that you’re connected with as well. Are you coinciding the rollout of your programs with the 2025 anniversary?

JW: The entire game plan revolves around the 100th anniversary in five years.  It will take about $40 million for the entire project and that is my target. Five years from now, we are going to have a beautiful and fantastic Newark Symphony Hall that has a tremendous history behind it. I estimate that it is going to cost $40 million to bring all of this to fruition, the architectural work, the restoration, the programs, the sound system and equipment, the mentors, the teachers, and the instruments. Further, the goal is to have theatre in our own backyard in New Jersey so if you are in NorCal, you don’t need you need to come to North to New York City for theatre.

MP-D: So you will start the new artist advisory board programs sooner than later?

JW: The talent is there, they just don’t have the avenue to get to me and my team. I always call my team a band, all of us playing together. The purpose is to get them started up and to the next level. By this time, in five years, we might be able to get at least five people to the Grammy awards. Why not? Once the venue is up and running it will provide small business/job opportunities as well. I am really excited about this.

MP-D:  Once you identify talent, how do you develop it?

JW: The magic is how do you get the old and the new to merge together. I would love to open a school of music.  I love to teach.  When I find a gifted young artist, I know it. I can recognize talent.

MP-D: How do you produce an album with so many artists of different styles and genres of music but yet create an end product that is uniquely their sound?

JW: I believe you always want to have the audience relate to an artist’s style and genre but, in the end, you want to create something different. As a producer, you do research on the artists. When the labels sign artists, they look for producers to give them songs. Sometimes you produce the whole album, or sometimes one song. For example, I produced the Shakira hit,  “Hips Don’t’ Lie”,  Justin Bieber on “U Smile” and with Wyclef, Mary J. Blige on “911” just to name a few. For Carlos Santana, we did the last song, “Maria, Maria” on his Grammy winning Album of the Year, “Supernatural”. 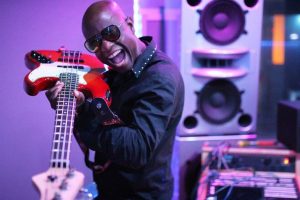 MP-D: There must be a lot of trust during the collaboration process between you and the artists because you are creatively leading them somewhere they have never been before. They have to trust in your insight and decision making.

JW: The key is, each artist has a different sonic. As a producer, you actually say, “Okay, this one will work for that artist,” and when you go into the studio, it is about the artist. I don’t ever go into studio, saying, “Oh, this is going to be a number one song.” We just go ahead and create, but the songs you just mentioned that these artists are known for have become their signature songs.

MP-D: If you could speak to Jerry Wonder at the age of 19 or 20 years, what advice would you give him?

JW:  First thing, do it because you love it. Because when you do something you love and you end up getting paid for it, it is a big plus. When you love it, you put 150% into it and it is not a job.

MP-D: is there anything else you would like to share about the Newark Symphony Hall project and your participation in it?

JW: Newark Symphony Hall is an iconic venue, a special venue. I want people in the community to know about it when we open.  Please support the venue that is right in your back yard and be a part of it.  If you have talent, please get in touch with that venue because you will get to meet me. The same way you’re looking for opportunities I’m looking for you.

JW:  I am working on affordable housing for families with musicians and/or subsidized housing for artists.  How do we get them housing, so children don’t have to join gangs? I also want to create social and mental health programs, so desperately needed right now with so much bi-polar disorder going on.

Because of Covid, we are prepping right now but once the doors open, we are going heavy!