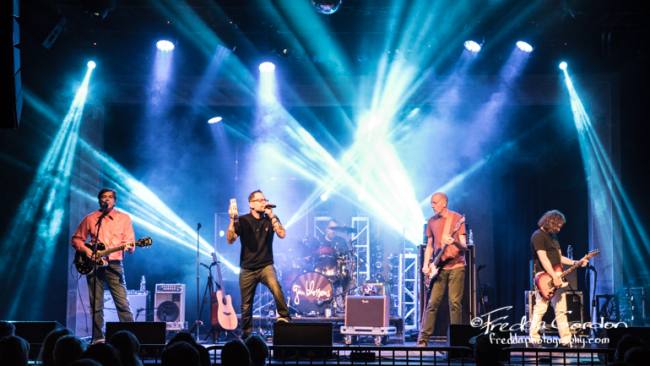 I got to see the Gin Blossoms at Fairfield Theatre Company (FTC) in Fairfield, CT tonight and it was so much fun! They performed the entire New Miserable Experience album along with some special bonus songs including Tom Petty’s “Forget About Me” which was done to perfection. When they started playing “Lost Horizons” the audience started singing and didn’t stop the entire night. The FTC atmosphere helped with this since it is such a comfortable place to see a show and everyone is so nice.

Most of the members have been with the band since the beginning. Bill Leen, bass, co-founded the band in 1987 with Doug Hopkins who left the band in 1992 and sadly ended his life soon after. He left a legacy in the music and his bandmates Leen, Jesse Valenzuela (guitar, vocals) and Robin Wilson (lead singer, guitar) carry on. Wilson joined in The Gin Blossoms second year as a guitar player to Valenzuela’s lead vocals, but the two switched roles early on. Scott “Scotty” Johnson joined the band a few years later, also playing guitar and Scott Hessel, powerful drummer, has been with the band since 2012.

In addition to his strong voice, Wilson is a great front man. He ran around the stage all night working to included the crowd, handing out tambourines and encouraging clapping and singing. He made it fun, and, as a bonus, signed the tambourines at the end allowing audience members to keep them. He also took a photo of the audience at the end of the show. The Gin Blossoms came out for an encore with Anywhere You Go to end the show with lots of energy and great vibes. 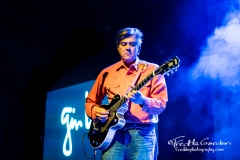 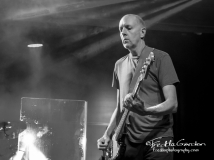 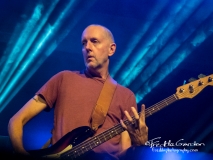 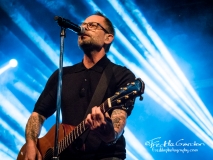 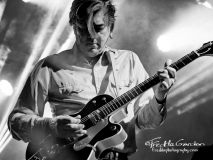 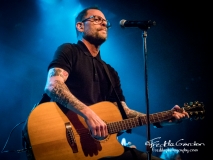 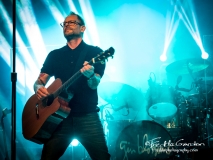 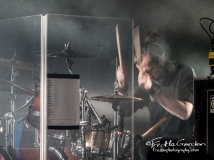