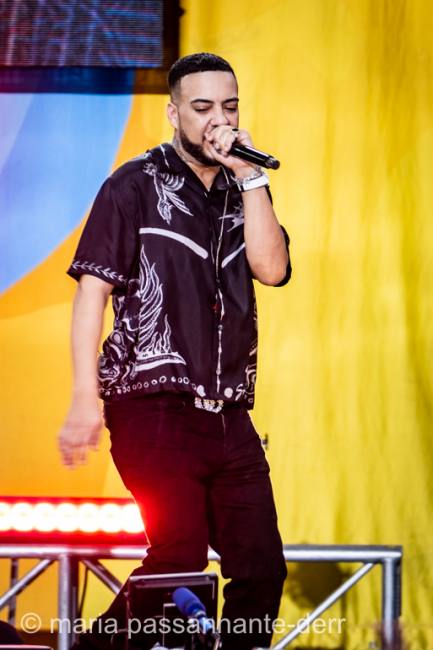 French Montana, American rapper, singer, songwriter, and record producer (originally a native of Morocco) performed on Good Morning Americas’s Summer Concert Series in Central Park this morning. Known for his mixtape party starters, he opened the show, with a dynamic group of back up dancers, and sang his hit, “Welcome to the Party”. He was then joined by Fat Joe, Remy Ma and Infared on “All the Way Up” , a song which earned him a 2016 BET Hip Hop Award and a 2017 Grammy Nomination for Best Rap Performance. The group followed up with a rendition of  “Unforgettable”, French Montana’s  first song to reach top 10 on Billboard’s Hot 100.  He continued his high energy performance for his loyal fanswho stood in the on and off rain for hours waiting to see and hear him. 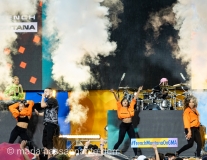 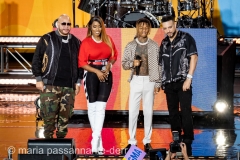 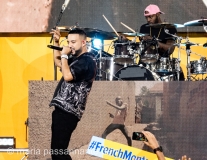 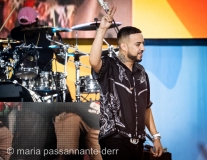 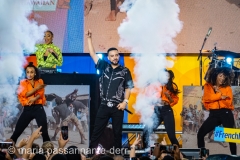 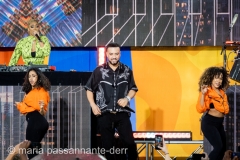 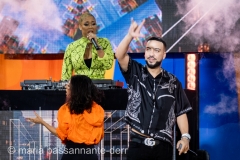