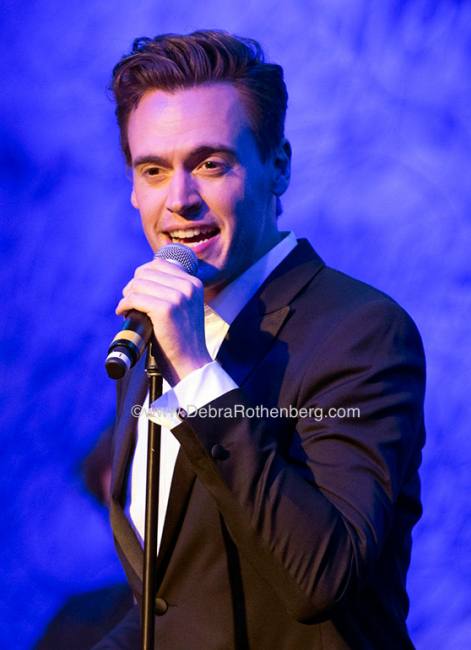 What an unbelievable night of non stop foot tapping and singing along at Sony Hall while Erich Bergen delighted the crowd with his choice of covers and originals. Sony Hall felt like a cabaret for the evening as Mr. Bergen told stories and made jokes between songs. This talented man who is a star on TV (“Madam Secretary”) on the Broadway stage “Jersey Boys” and “Waitress”) and movies (“Jersey Boys”), he left the audience wanting more. With his handsome looks and great smile, Mr. Bergen delighted the crowd singing hits such as George Michael’s “Father Figure” and Franki Valli’s “Oh What A Night” and “Can’t Take My Eyes Off Of You.” Joined by “Madam Secretary” co-star Patina Miller, Betsy Wolf from “Waitress” and Mark Ballas, each for one song, he had the crowd up and singing and clapping along. Ending the night with his original song, “Running Through The Night,” it is easy to see why this man is so popular. No matter what he does-singing, acting on TV, the movies or on the stage, he is a star and will never disappoint. Oh, what a night it was with Erich Bergen at Sony Hall. 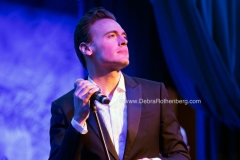