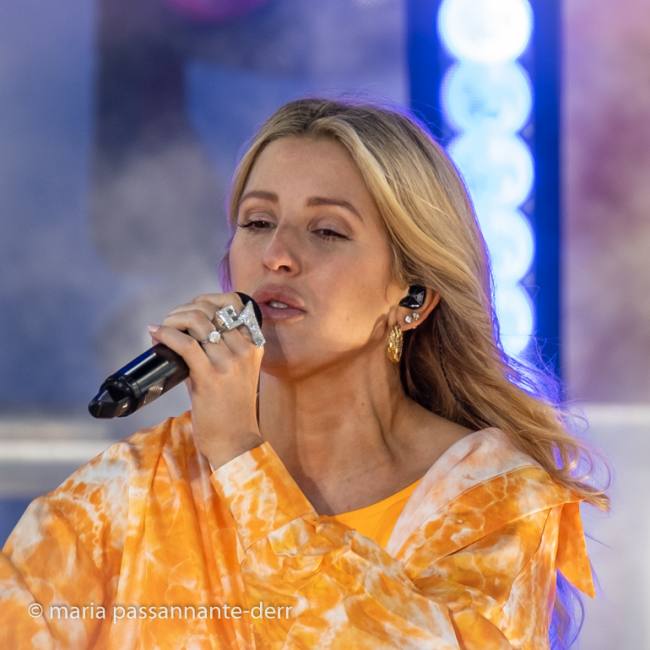 Ellie Goulding, British,  electro pop, singer and  songwriter was featured on Good Morning  America’s Summer Concert Series today.  Ellie has  experienced a  a decade of international success, that includes: her break out album, “Lights” (#1 on the UK charts);  “Halycon”  and her two year (2012-2014) “Halycon Days Tour” and a  third album, “Delerium” and her “Delerium Tour” (2016).  Ellie took a hiatus from touring but has now returned with the advance release of single tracks (“Sixteen”, “Flux” and “Do You Remember”) from her fourth album expected later this year.   She has the distinction of performing a cover of Elton John’s, “Your Song”  at the Nobel Peace Prize Concert in Oslo, Norway and at the royal weddings of   Prince William and Princess Eugenia. She also has a successful cover of Rhianna’s “Only Girl in the World”. Her voice, melodic with a high register,  is perfectly suited for the numerous movie soundtracks she has recorded,  most notably, “Love Me like You Do” from the “Fifty Shades of Grey”. She has also composed for  other original soundtracks as well: “Game of Thrones”; “The Hunger Games: Catching Fire”; “Bridget Jones’ Baby”. Ellie is performing this weekend at the Jones Beach Theatre in Wantaugh, Long Island, tonight with the Jonas Brothers  (6/14) and tomorrow (6/15) before she appears in  at the Xfinity Center in Mansfield, MA. (6/16). 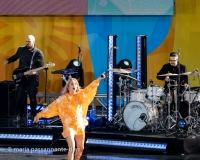 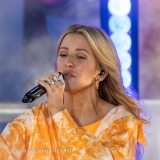