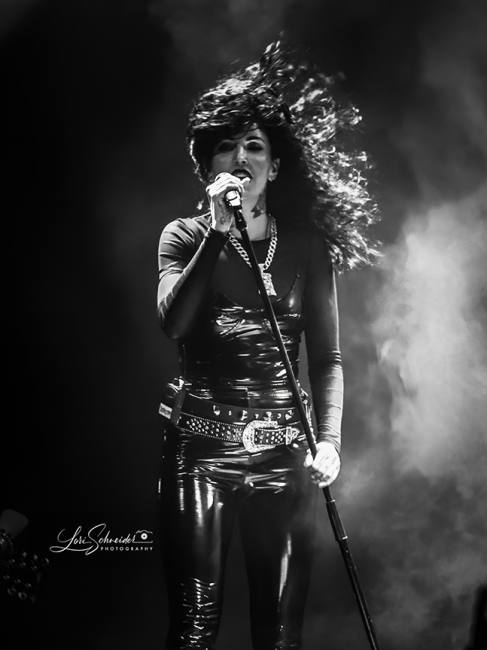 Dorothy – Gifts from the Hold Ghost Tour at The Wellmont Theater, Montclair, NJ 4/15/2022

This was a fun night! One of the perks of getting to a show early is the chance to see the opening acts and possibly find a new favorite band or two. In this case, I found three, Classless Act, Joyous Wolf, and the headliner Dorothy.

Starting with the opener, Classless Act took the stage and opened the show as only they know how. The five band members each brought their own unique attitude and personalities to the stage from the get-go, but the individual energy of all meshed together perfectly and created a solid performance. It was evident right from the beginning that I was observing something special. Classless Act formed in 2018 in Los Angeles and released a debut single “Give It To Me” during the summer of 2021. They are part classic rock and alternative rock (think 80s-90s music) and will be releasing their debut album “Welcome To The Show” in June 2022 with Motley Crue’s Vince Neil featured on one of the tracks. And speaking of Vince Neil, you can catch Classless Act opening the North American Stadium Tour for Motley Crue, Def Leppard, Poison and Joan Jett and the Blackhearts starting very soon.

Next up on the bill was Joyous Wolf, another California rock band, with an acrobatic dare devil lead singer. Jumps, spins, splits, parting of the crowd and jumping from the stage made me hope for no broken bones! But with all of that, Nick (vocals) never missed a beat (or a lyric). The electricity was definitely flowing throughout their set and each band member brought their own musical expertise and personality creating a solid foundation and rocking performance. In 2018, the band put out an EP “Place in Time,” releasing it in early 2019. The band has a debut full length album due out this year.

I knew of Dorothy (Dorothy Martin) and may have heard a song or two in the past but didn’t really follow her until now. What a performance and what a voice! I would describe her music as bluesy rock/hard rock with a punch or two of attitude and sass and a level of coolness one could only hope to achieve. Dorothy’s newest album and name of her current tour “Gifts from the Holy Ghost” came to The Wellmont Theater on Friday night April 15th. This stop was almost halfway through the band’s 40-stop tour promoting their new album. Dorothy took the stage like a true rock goddess causing the crowd to erupt with arms in the air and screams as she kicked off her 12-song set. The band and her got right to it. Dorothy belted out one song after another strutting on stage all decked out in black and bling. Originally from Budapest, Hungary and later moving to Los Angeles, she was joined by two other LA bands, Classless Act and Joyous Wolf. If you didn’t get a chance to check out these up-and-coming rockers on this tour, definitely make note to check them out in the near future.

Reviews and Photographs by Lori Schneider. 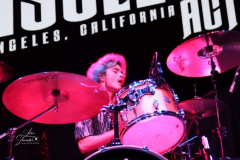 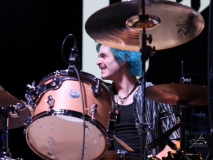 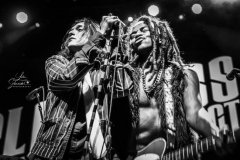 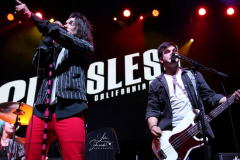 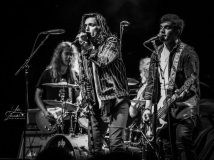 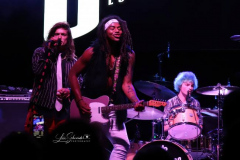 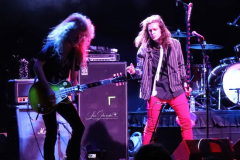 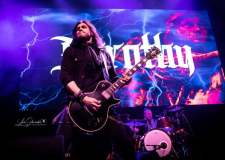 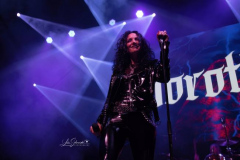 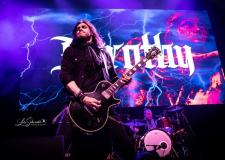 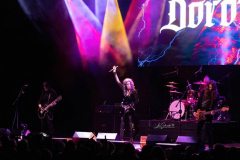 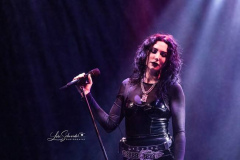