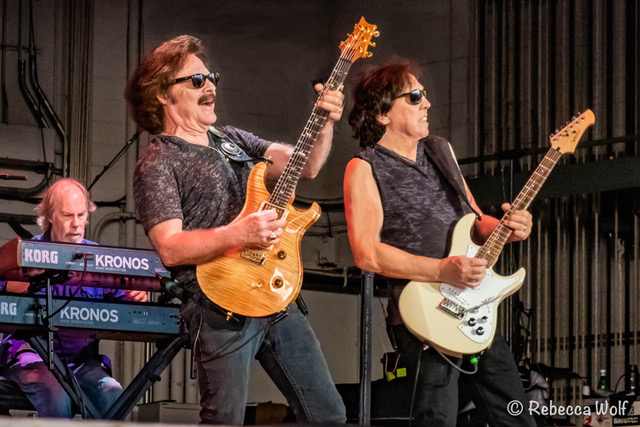 July 16th at PNC Bank Art Center was the end of The Summer of Living Dangerously Tour for The Doobie Brothers and Steely Dan. The concert was mysteriously rescheduled from July 6th, due an illness in “the band”. Nothing more was reported and the following night the tour was back on schedule. Regardless of the date change, the crowd was in great spirits and both The Doobie Brothers and Steely Dan seemed enthused to spend the last night of the tour with their NJ fans.

The Doobie Brothers played the crowd favorites including, “China Grove”, “Takin’ It to the Streets”, “Black Water”, and “Long Train Runnin’, and finish with “Listen to the Music”. Fans from the front row to the back of the lawn belted out the much beloved melodies, along with Tom Johnston, Patrick Simmons and John McFee ( original band members).  John Cowan, touring bass player since 2010 (as well as soul and bluegrass vocalist), was a surprise hit, sharing verses of “Takin’ to the Street” with Patrick Simmons.

While The Doobie Brothers fit together like puzzle pieces, each an integral part of the whole picture, it’s Patrick Simmons who remains the focal point in the picture. With his signature long hair and hat, and his rich, textured voice, Simmons consistently has a twinkle in his eye, and a grin on his face.  He emits a joyful spirit, giving the audience the feeling he still enjoys performing and sharing the songs and memories with his fans, even after 40 years.

The real surprise of the night was Donald Fagen, who’s in his first year touring as Steely Dan, without life-long musical partner, Walter Becker, who passed away 9/3/17. Fagen typically does not interact much with the audience and tends to be serious and focused. This evening, Fagen seemed relaxed. He smiled, engaged the crowd, and more than once commented enthusiastically about playing in his home state. There was also noticeable emotion in Donald when he expressed that he wished Walter was there with him.

Now playing lead guitar is Jon Herington, who’s recorded and toured with Steely Dan, on and off, since the 90s. Fagen doesn’t disappoint…he sounds great. Does he always reach all the high notes…not always. However, singing with the  “Danettes”, and being backed by a fabulously talented horn section, percussionist and bassist, the Steely Dan Jazz rock classics all sound like any enthusiast would want them to sound…a little bit of jazz, a little bit of rock, and a whole lot of the uniquely fabulous Donald Fagen. 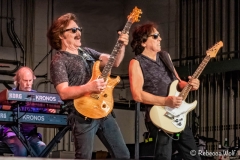 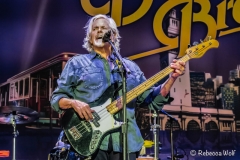 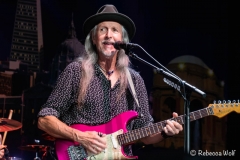 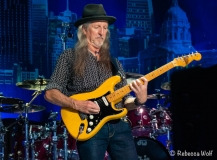 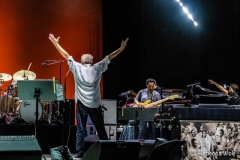 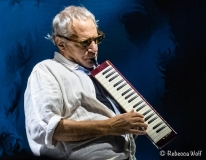 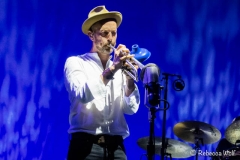 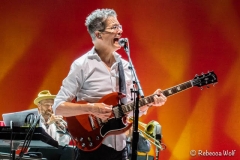 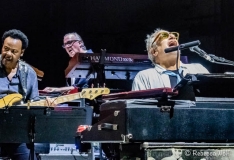