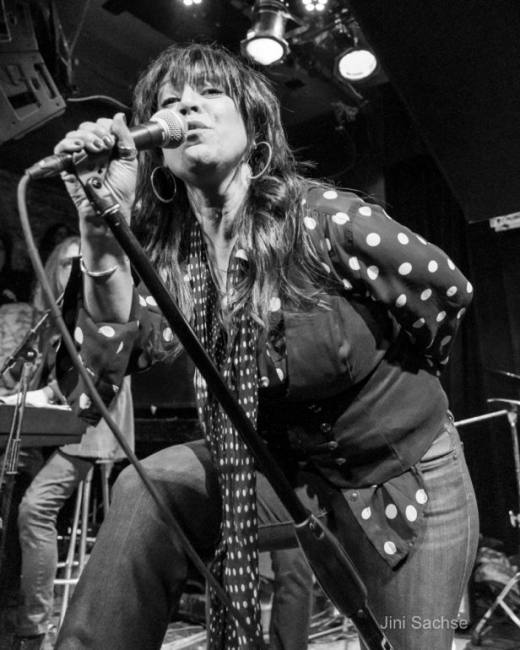 Singer and songwriter Dina Regine performing at “Sally Can’t Dance: Some Girls 40th Anniversary” in February 2018 at The Bowery Electric in New York City. The “Sally Can’t Dance” productions are an occasional feature at the venue, highlighting a different musical theme or tribute at each show. The show in February featured performances by several local musicians to commemorate the 40th anniversary of the release of the album “Some Girls” by The Rolling Stones.