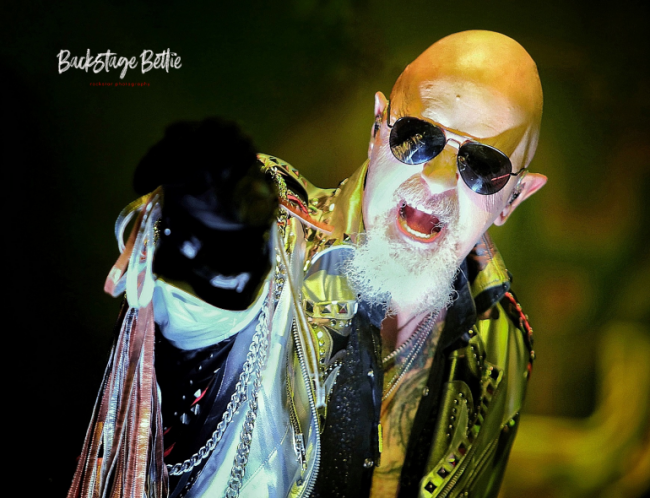 I’ve been a (closet) headbanger for as long as I can remember though I’ve never been to a Judas Priest show. Truth be told, I am reminded of them every time I attend a stadium event, and the inevitable tailgating that ensues. Fans old enough to remember “Heavy Metal Parking Lot,” the cult classic that documents fans pre-gaming at a Priest show in the mid 80’s just let out a collective “hell yeah” and reached for their lighters. C’mon admit it.

Anyway, back to PNC Arts Center in Holmdel, NJ and the incredible double bill which also featured rock legends Deep Purple proving we were in for an unforgettable metal experience. Now, I know what you’re thinking – it ain’t Judas Priest without Glenn Tipton and K.K. Downing but you are oh. so. wrong.  The band’s current roster, lead by Rob Halford was in top form by all counts. First, the lighting and production was mind-blowingly good. Fans were treated to an array of vibrant colors, smoke, videos – the whole hog; and by hog I mean at one point Halford came out on a motorcycle. It doesn’t get more metal than that. But never mind the visual feast let’s talk about the music which was loud and hard just as it should be. Sure they gave us all the hits with some newer material thrown in making for a cohesive and tight mix. They just sounded good, as in they’re not going anywhere soon kiddos. In fact, if you’re smart you’ll start taking notes because this is what heavy metal should look, sound, and feel like. You got that? Good.

After an amazing set the stage was cleared for Deep Purple, and I mean that literally because their set design was so spare by comparison I felt as if I were in a rock club down some British side street that only the cool kids know about, in other words the perfect setting to experience the masters of progressive hard rock.  And boy did they deliver. The gravelly power vocals, searing guitar riffs, thundering bass, punchy drums and meandering keyboards backed by giant size videos of the band in real-time made for a multi-dimensional journey back in time while simultaneously catapulting us into the musical future.  After all these years, Deep Purple are still carving out new territory on the hard rock landscape while many of their contemporaries have hung it up and gone home. And for that we salute them. You can’t see it, but I have my lighter (okay, cell phone) raised high while blaring “Smoke On The Water.” Hell yeah. 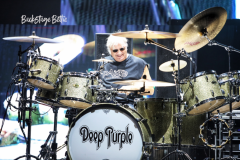 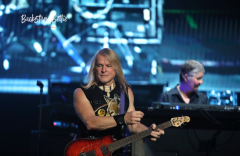 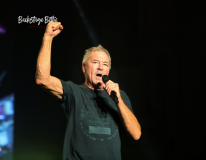 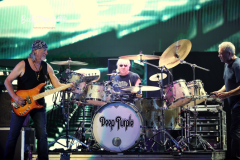 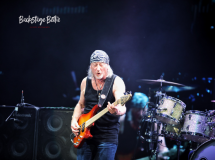 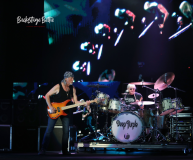 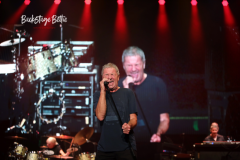 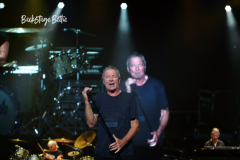 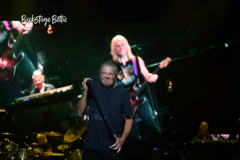 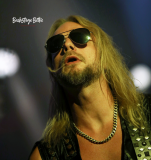 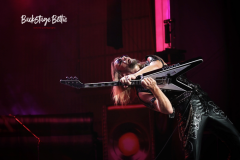 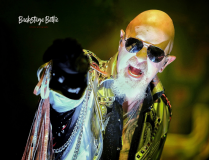