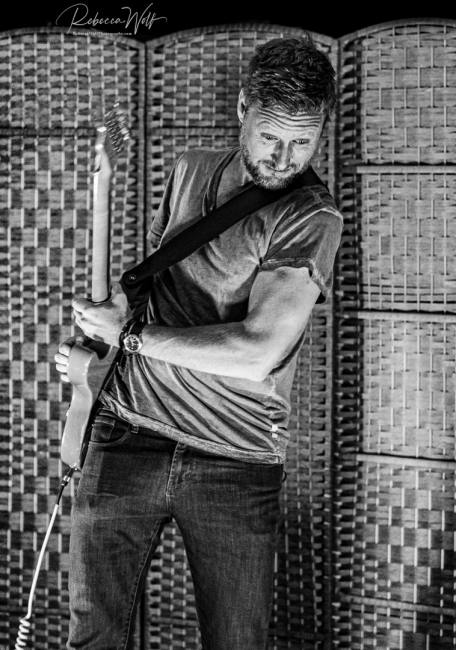 On October 21st I made my way to Cat’s Luck, a vegan bakery in Neptune, NJ, to hear singer-songerwriter Cory Branan, as he tours his newly released album, When I Go I Ghost. Having no idea what to expect when I arrived, I wondered if it was common nowadays to have small, intimate performances in this type of establishment during their off hours. Would anyone know there’d be a live show in a closed bakery? Would there be a crowd present? That evening was another indication to me of how the music industry and musical performances have evolved with the times.

In prior decades, many hopeful musicians built a fanbase in their hometown and surrounding areas by performing at local bars and eateries. However, in the past 10-15 years, musicians have exponentially expanded their connections and developed themselves in the industry through social media. Artists are now frequently able to get their foot in the door from their homes and computers. There’s been a revolution in how artists build a fanbase and establish themselves in the industry, stretching themselves well beyond their local areas.

In doing so, they create opportunities to perform in places where previously there would have been limited connections, without the world of social media.

Cory Branan, a current resident of Memphis, Tennessee, has been on the music scene for more than 20 years. Branan has released 6 studio albums and spent the past two decades touring and performing. Over the years, Branan has lived in multiple locations across the US, including LA, NJ, Austin and Nashville. However, Branan has amassed a widespread fanbase beyond the areas of his former residences. I believe the role of social media in a musician’s life has played a contributing factor in Branan’s musical growth and success as well.

Awaiting Branan’s arrival to the small performance area at Cat’s Luck, I looked around the dimly lit bakery at the few patrons chatting along the side of the room. I wondered if a larger crowd would arrive. We all know how badly we feel when a musician plays to a sparse room. Well, that would not be the case that night for Branan. As time ticked away more people trickled into the tiny bakery, filling the standing space by the time Branan made his way to the mic.

Small quarters or not, Branan performed with the powerful vitality of a rock and roll musician, while interweaving the sounds and the spirit of folk, country and roots music. Branan’s energy appeared fueled by inner passion, as his rich, textured voice rang out in a deliberate, poignant manner. Watching Branan perform you sensed that whether happy or sad, Branan feels his emotions very deeply. As a storyteller, Branan’s songs often connected to a range of life experiences, offering a peephole view into the intensity of Branan’s mind. As I observed the crowd during the performance it was apparent that those in attendance were not merely residents of the area enjoying a “pop-up” music show at a local bakery. These were devoted Cory Branan fans. There was palpable excitement and broad smiles as the intimate crowd watched Brannan perform, swayed to the music, called out requests and sang along to favorite numbers. While Branan began the evening with high spirits, his energy level was further raised by the positive vibes being generated by the adoring fans.

That evening at Cat’s Luck, a small vegan bakery in Neptune, NJ, I had the opportunity to experience live music, powerfully performed by a passionate storyteller, who deftly combined the energy of rock and roll with folk, country, and a good old Americana sound. I was fortunate to experience that music can be performed and enjoyed anywhere, be it at theater, an arena, a bar or even a bakery. And, I was reminded that in this lifetime of social media, musicians who throw out their nets can build a fanbase as far as their nets will travel. So, keep checking out all music platforms, because you never know who you’ll discover,  and hit up you local bakery on a Friday night…you just might get some great music with your red velvet cake!