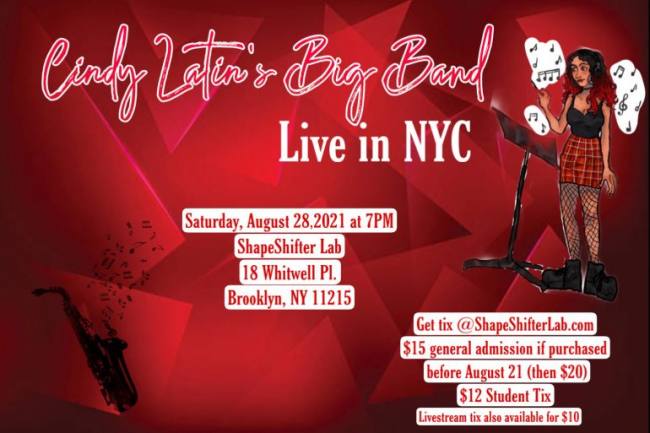 In anticipation of the official release (August 29, 2021)  of her new song, “I Don’t Know What’s Worse”, Cindy Latin is “hitting the Road” with a Big Band live show on August 28th at Shape Shifter Lab (in Brooklyn) at 7pm.  “I Don’t Know What’s Worse” is a soul/Funk track, with a jazz influence, similar to Lawrence, Melt, and Ripe, combining a live horn Big Band (18 musicians) with produced elements.  This is an opportunity to experience the original songwriting and arrangements from the pen of a talented member of the next generation (former intern of the Clive Davis Songwriting program at NYU) influenced by Monk and Coltrane.  There will also be a live stream. Click here for more information.

Click here to learn more about Cindy in our InFocusVisions interview!