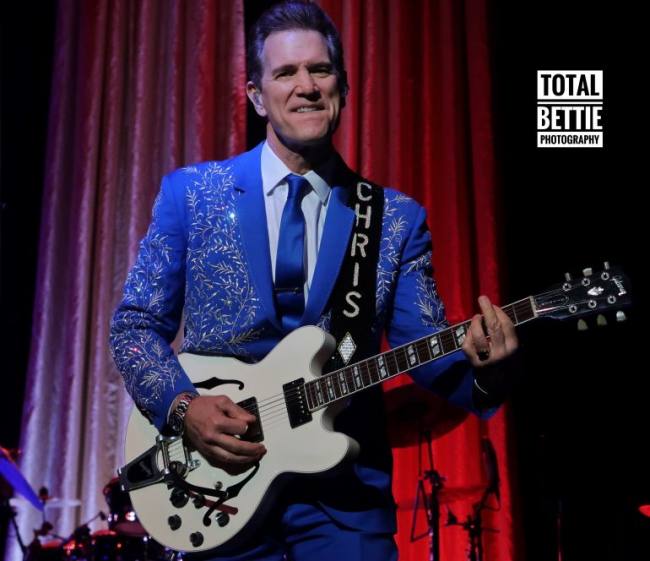 Chris Isaak is the consummate professional and his performance at The Wellmont Theater in Montclair NJ saw the 61-year-old vocalist in top form. Isaak hasn’t lost his vocal chops over the years and gave fans a feast for both eyes and ears taking the stage adorned in a royal blue western style “Nudie” suit encrusted head to toe in sparkly crystals. Joking about the overwhelming number of unrequited love songs in his repertoire, Isaak launched into his biggest hits including, Heart Shaped World, San Francisco Days, Blue Spanish Sky, and of course, “Wicked Game.” Despite the song being about a toxic love affair, fans canoodled unable to resist Isaak’s sensuous delivery paired with James Calvin Wilsey’s lush guitar stylings. The set also included fabulous covers by many of his musical influences such as Roy Orbison, Elvis, and Johnny Cash.

But wait, there’s more! Isaak proved the expression “nosebleed seats” obsolete as he unexpectedly waded into the crowd to sing directly to fans, joke, flirt, and stop for selfies along the way to the balcony and back down. The good will continued throughout the performance as Isaak bantered with band mates who are clearly family at this point having performed together for 30+ years and inviting fans onstage to sing and dance with directly. Though his jokes may have been well rehearsed it is clear that Chris Isaak is a good guy and an incredible entertainer. His abbreviated tour continues throughout the country – for a good time, check it out!

Photographs and Review by Kimberly Palumbo. 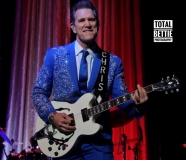 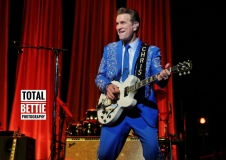 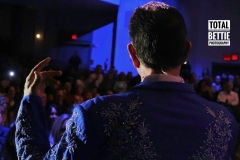 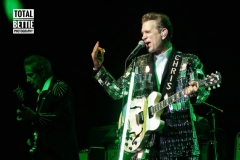 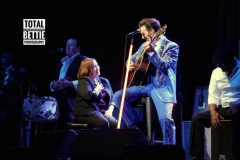 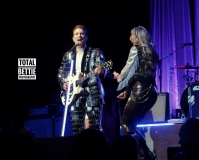 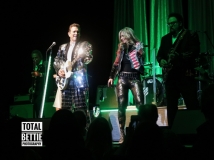