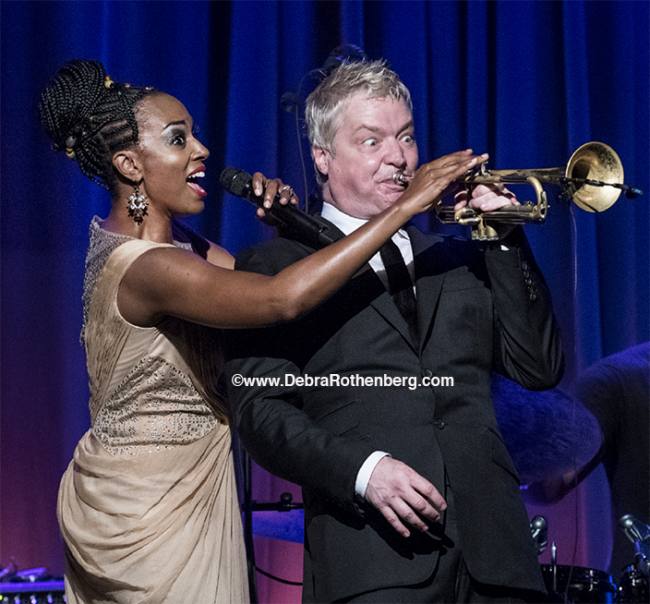 Chris Botti Performs at Sony Hall in NYC as part of the Blue Note Jazz Festival
June 24, 2018
Trumpeter and composer Chris Botti performed to a sold out crowd at Sony Hall as part of the Blue Note Jazz  Festival in NYC. The Grammy Award winner wowed the audience with his amazing trumpet solos and  his funny personality. At one point, he left the stage and wandered into the audience, much to the delight of the fans who were all seen smiling.
Later on during his set, he was joined by singer Sy Smith who’s voice is so amazing that many in the audience, including the staff working at Sony Hall, could be seen smiling in awe.
By Debra Rothenberg
Share this…