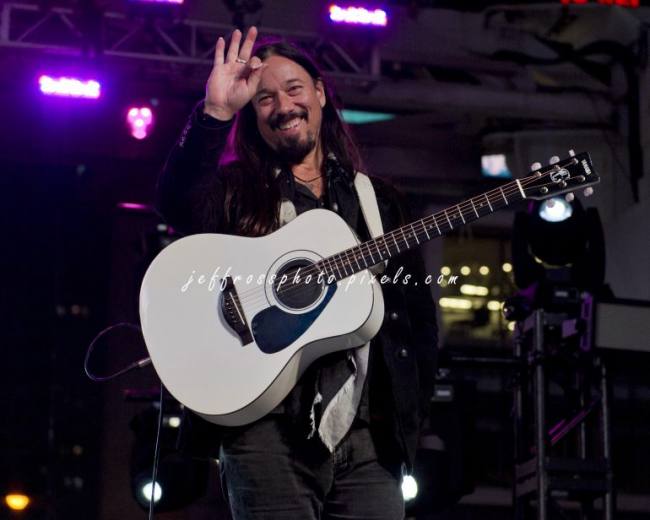 Choir!Choir!Choir! is a Canadian duo…sort of. Daveed Goldman and Nobu Adilman have created an open participation group where the audience participates in the evening’s program. They both sing quite well, but adding a few hundred quickly coached voices to the mix elevates the experience for everyone. Since 2011, Choir!Choir!Choir! has covered Prince, Cyndi Lauper, John Lennon amongst others. Recently, they teamed up with David Byrne at New York City’s Public Theatre to perform David Bowie’s classic anthem, ‘Heroes’. On this night, Downtown Toronto’s Dundas Square was the setting for a free concert sponsored by UP Cannabis. One week in advance of marijuana legalization in Canada. UP Cannabis has partnered with iconic Canadian band The Tragically Hip and is ramping up their branding efforts. Unfortunately, The Tragically Hip itself is unlikely to perform again in the future, as dynamic frontman Gord Downie lost his valiant battle with glioblastoma in 2017. Fittingly, having the audience sub-in for the charismatic bandleader was a lovely tribute. Drummer Johnny Fay and guitarist Rob Baker joined Choir!Choir!Choir! to play 1994’s, ‘Grace, Too’, but only after Daveed and Nobu had spent about a half-hour working with the audience and rehearsing their parts. After a resounding performance, everyone was happy to try a ‘take two’ for the cameras before closing out the show with more Hip songs, including the ever-popular, ‘Bobcaygeon’. 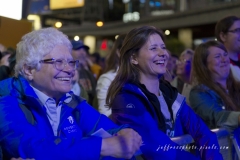 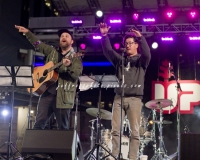 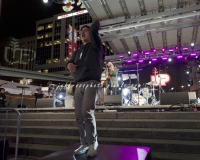 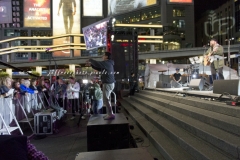 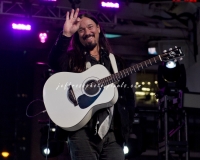 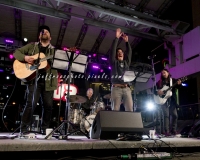 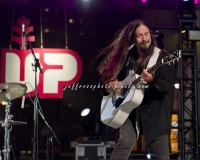 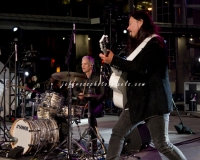 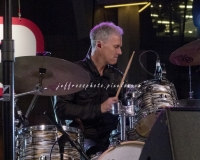