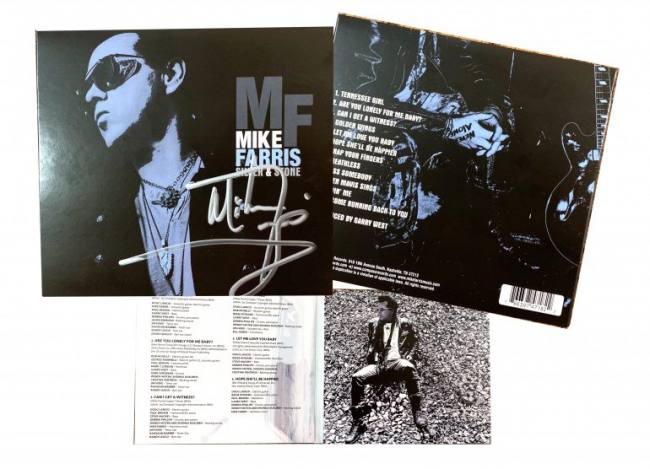 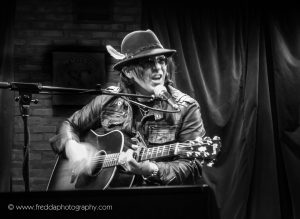 Silver and Stone
Mike Farris
Released September 7, 2018
I have been a Mike Farris fan for many years and I pre-bought his new cd when it was just a thought. From the beginning, Farris shared his progress, and thanked us for our patience with videos and a Christmas song for the holidays. Including us in his process is one thing that makes Mike Farris special. The other is his voice. When I got the cd released on September 7, 2018 I couldn’t wait to listen and it did not disappoint.
With Silver and Stone Mike Farris presents an interesting mix of original and cover songs. Although the CD is self-classified as Blues-Rock, it would be more accurate to say that its a mixture of gospel, blues, rock, country and a whole lot of soul. He has come a long way from his years as the lead singer of Screamin’ Cheetah Wheelies, and his talent only grows.
“Tennessee girl,” written by Farris about his wife, is my favorite song on the cd. It starts off the album with energy, and Farris’ vocals move around the notes with ease. He frequently talks about his wife, crediting her with, well, everything. This is reflected in the lyrics and tones of his voice. He has found a way to portray her as a down-to-earth woman with superpowers.
The next few songs take me back to the 70s. The smooth, even beat gives Farris a strong base to weave his voice through. A few songs later, the beat picks up and Farris covers Willie Dixon’s “Let Me Love You Baby” with a rock feel. This song is followed by one of the highlights of the album, a cover of Bill Withers’ “Hope She’ll Be Happier.” Withers’ song is a great vehicle for Farris to take you on a journey, and he expertly does so.
All of his originals are love songs, which are so needed during these times. Two of these that particularly struck me are “Golden Wings” and “When Mavis Sings.” I’m guessing Mavis is Mavis Staples, a gospel singer and civil rights activist. I will have to learn more about her and now I need to hear her sing. (Note: there are photos of Mavis here on Infocusvisions.) The others, “Can I Get a Witness,” “Snap Your Fingers,” “Miss Somebody,” and “Movin’ Me,” are all good songs and I’m expecting they are going to further grow on me with time.
The range and scope of the talented musicians behind Mike Farris deserve special mention. The list is long but there are a handful that seem to be on many of the songs including Doug Lancio (guitar), Paul Brown (keys), Garry West (bass), Derrick Phillips (drums), Jim Hoke (sax), Wendy Moten (backing vocals), Shonka Dukureh (backing vocals), and many more including Joe Bonamassa with a guitar solo on Movin’ Me.
As good as this CD is, there is nothing like seeing Mike Farris perform live. He takes you there! Sadly, I can’t make his next performance in NYC but I will await his coming back again. In the meantime, I have the CD.
By Fredda Gordon
Share this…