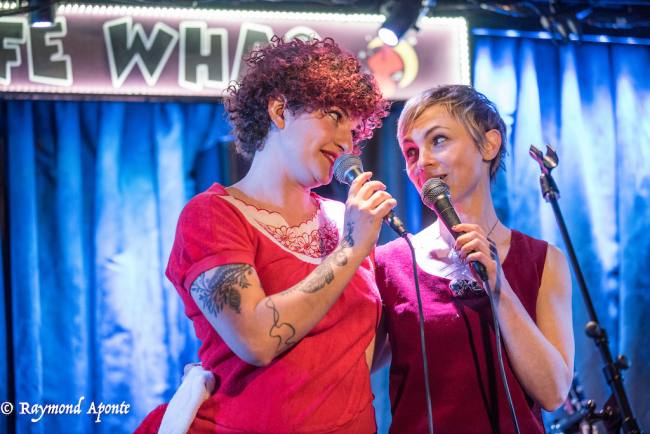 Carsie Blanton’s show at Café Wha this past week was an eclectic show of multi talented folk who are part of her COVID family as she quaintly puts it.  This evening’s show was aptly named Carsie Blanton’s CHEERPOCALYPSE.   A variety show of sorts with her band mates Patrick Firth on keyboards, and Joe Plowman on bass.  Along with her bandmates she had Kat Edmonton another singer/songwriter and a one named singer/songwriter known as MILTON the Singer.  This lively group of musicians and singers brought to the stage a collection of holiday standards such as “Baby Its Cold Outside, Chestnuts Roasting on an Open Fire, and others.

Carsie and her two bandmates did their own thing as well as contribute to the holiday cheer.  Carsie did songs from her new album “Love and Rage” with songs that are equally songs of love and what she likes to call them “anti-fascist anthems”.  These songs don’t sound like your typical protest songs, but they certainly bring an interesting twist to the term “protests songs”.  Carsie has said of her songs, that she hopes to bring a message to the people but that for that to happen the lyrics and the song have to instill equal parts of the title of her album “LOVE AND RAGE”. 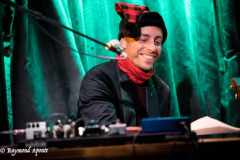 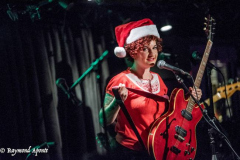 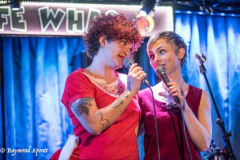 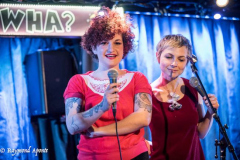 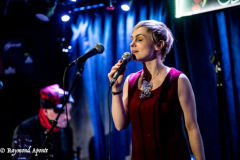 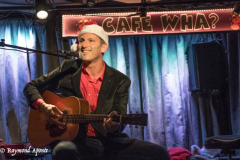 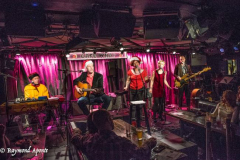 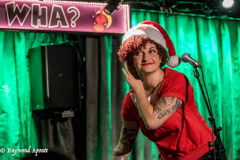