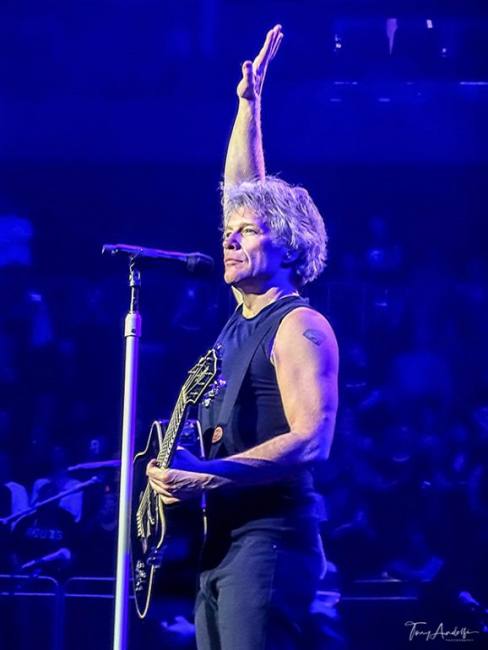 Bon Jovi played two sold out shows at the Prudential Center in Newark New Jersey. These two home town shows were the last ones. Before they were inducted into the Rock n Roll Hall of Fame, on April 14. Front man Jon Bon Jovi was in high spirts, As he and his band ripped through 3 decades worth of hit songs. Bon Jovi was the first performer to play “The Rock”. They opened up the arena with a 10 sold out run back in 2007. Bon Jovi played a two plus hour 23 song set. When the second encore “Wanted Dead or Alive” finished up. Jon looked at the crowd and said with the biggest smile on his face. Next stop Cleveland!