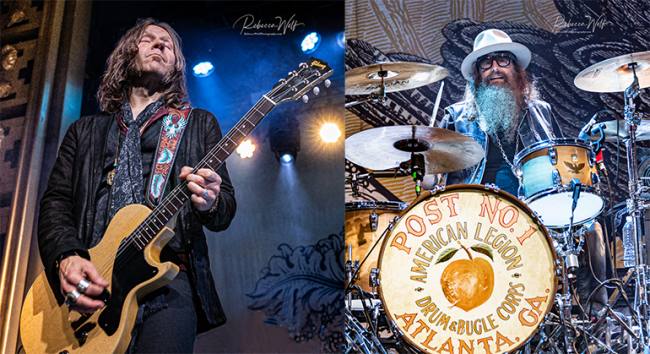 This year Blackberry Smoke is celebrating the 10th anniversary of their third album The Whippoorwill.  The album was recorded on Zac Brown Band’s label, Southern Ground Records and was produced in part by Zac Brown. While Blackberry Smoke was making music for a decade prior to the release of The Whippoorwill, the album led to the band’s true breakout, as it reached #8 on the Billboard Top Country Alum chart and #40 on the Billboard 200. With this tour of The Whippoorwill, the band is playing the complete 13-song LP and sharing a slice of their past as they march on ahead to the future. Following their two 2021 releases, the EP Stoned, which includes seven Rolling Stones covers, and the LP You Hear Georgia, which pays tribute to their beloved home state, Blackberry Smoke is currently working on an upcoming album.

Keeping busy with the fanfare of a tour, as well as recording new music, is a welcome distraction for these band members who’ve been coping with the medical battles of their beloved founding band member, drummer Brit Turner. Having recovered from a heart attack in August, Turner recently was diagnosed with a brain tumor and underwent brain surgery. Turner is now performing on several stops of “The Whippoorwill 10th Anniversary Tour” prior to beginning further treatment. Not only is the band rallying around Turner, but fans across the globe have been sending out love and support via social media, along with #yougotthisbrit. The outpouring of love is equally as expressive at concert performances, where the cheers and applause for Turner have been profuse.

Most bands have an avid fanbase, who revere their musicians and their music. This is surely true of Blackberry Smoke fans, who are an extremely devoted, passionate, adoring group. However, many band members are not invested in, outwardly responsive to or overly enthusiastic towards their fans. Instead, they often create emotional and physical distance between themselves and their audience. Unless of course you’re Blackberry Smoke musicians, who consistently project a feeling of warmth, devotion, and positivity towards their fans, and create a wonderful connection between musicians and fans. This connection was vividly on display on Saturday, December 10th at NYC’s Webster Hall, as hundreds filled the general admission floor to share in the celebration of The Whippoorwill’s tenth anniversary, and to provide love and support to the much adored Brit Taylor.

From the moment Blackberry Smoke hit the stage with Charlie Starr (lead vocals, guitar), Paul Jackson (guitar, vocals), Richard Turner (bass, vocals), Brandon Still (keyboards), Brit Turner (drums), Benji Shanks (guitar) and Preston Holcomb (percussion), the crowd was in boisterous, high spirits…singing, cheering and dancing along to an album that remains a fan-favorite, even a decade after its release. It’s always a thrill to watch Starr, with the passionate expressions on his face and his spirited body movements, as he danced about the stage. Starr appeared to be having as much fun as the fans as he sang with a voice that remains strong, rich and with a bit of Southern drawl. As energetic and spirited as was Starr, Richard Turner appeared steadfast, stoic and zoned into his bass. Jamming with Shanks throughout the set, Jackson kept a broad smile across his face, while Sills enthusiastically performed behind the keys. Tucked next to Sills and his keyboards were The Black Bettys (Sherie and Sherita Murphy), an amazing vocal duo who frequently join Blackberry Smoke on tour, and add beautiful layers of richness and harmony to the music. Holcomb, the band’s newest member, infused additional texture and rhythm with percussion beats.

As exciting as it is to watch Starr perform, it’s always equally enthralling to witness the passion and spirit of Brit Taylor behind the drums. However, on this occasion at Webster Hall the thrill for all was just having Taylor present behind his drum kit. To say Brit Taylor is beloved by Blackberry Smoke fans is an understatement. While Brit’s typical high energy was a bit muted, knowing what he’s already gone through and what he’s facing, it was amazing (and emotional) to watch him perform. Throughout the set audience members randomly called out Brit’s name, sending the word that those in attendance were thinking of him. This message became glaringly obvious when Starr introduced the band members, and extended cheers, applause and chants of, “Brit, Brit, Brit!!” rang out, as Taylor stood at his drum with his hands in held in gratitude.

With fans singing along, the enthusiasm, energy, and positive spirit remained constant throughout the 14-song set, shortened due to a booking at the venue later that evening. After completing the The Whippoorwill’s final number, the show ended with “Old Scarecrow” from 2021’s You Hear Georgia. This emotive, rocking number, with passionate harmonies, was a perfect transition from the album that a decade ago solidified Blackberry Smoke’s presence in the world of country/rock music, to the band’s most recent release, showcasing their ongoing unique country/rock/Americana sound. This 10th anniversary tour of The Whippoorwill has unexpectedly been a more important tour than anyone could have imagined. As Blackberry Smoke fans are an extremely devoted, passionate, adoring group, let’s all join hands and hearts in prayer for the band and the beloved Brit Taylor. 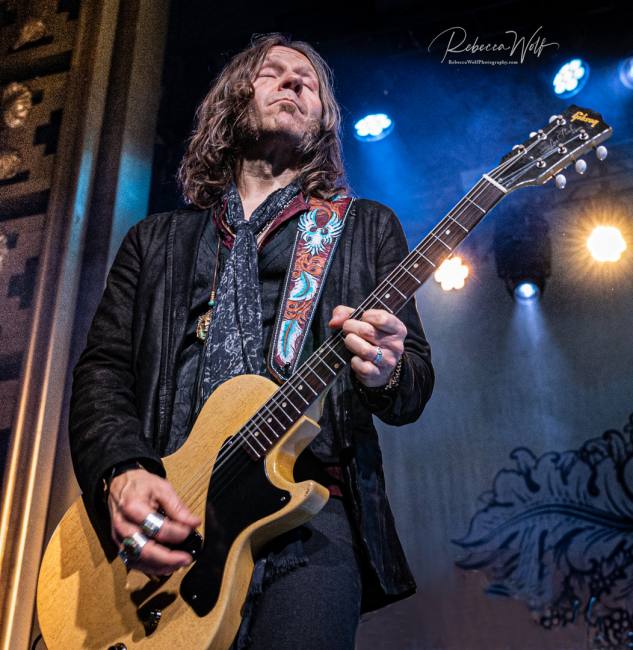 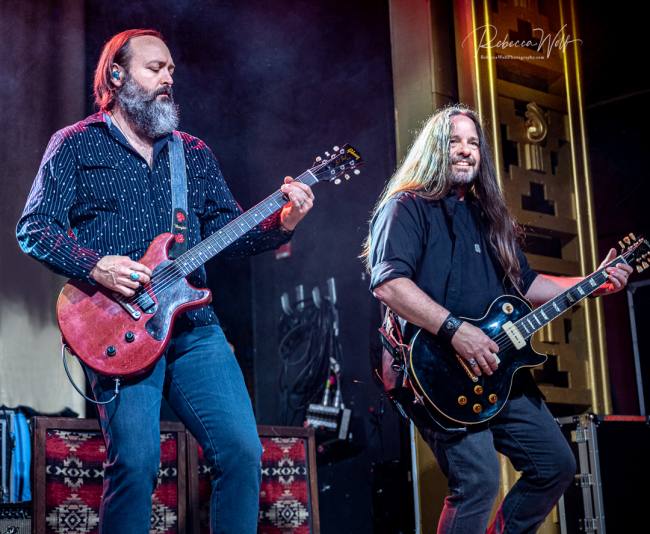 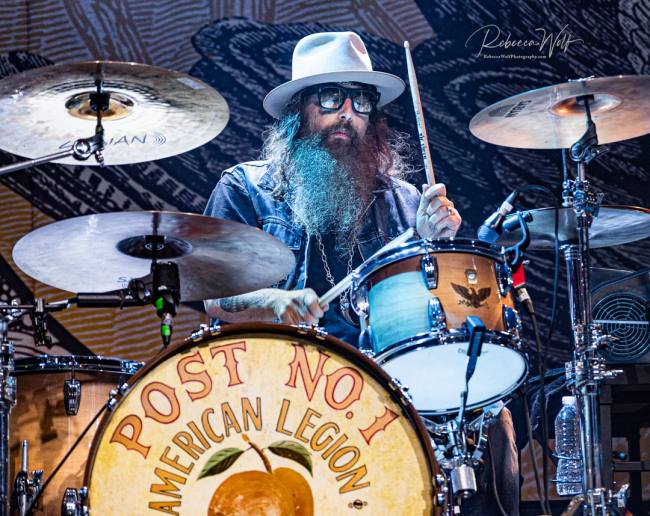 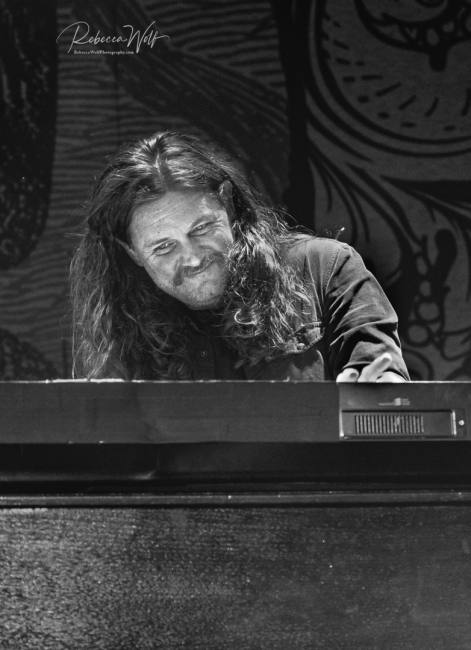 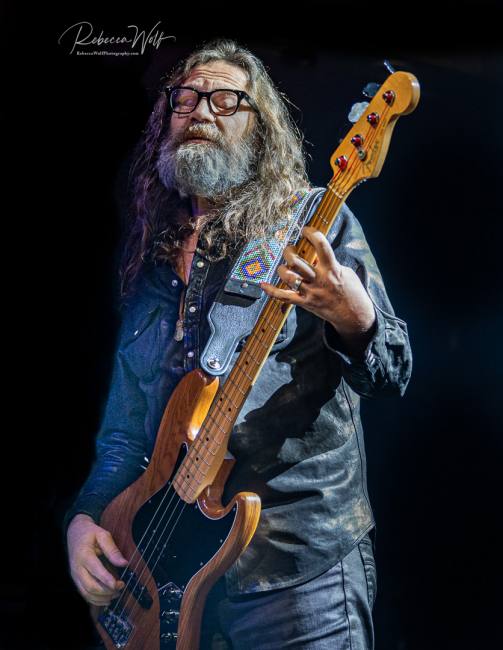 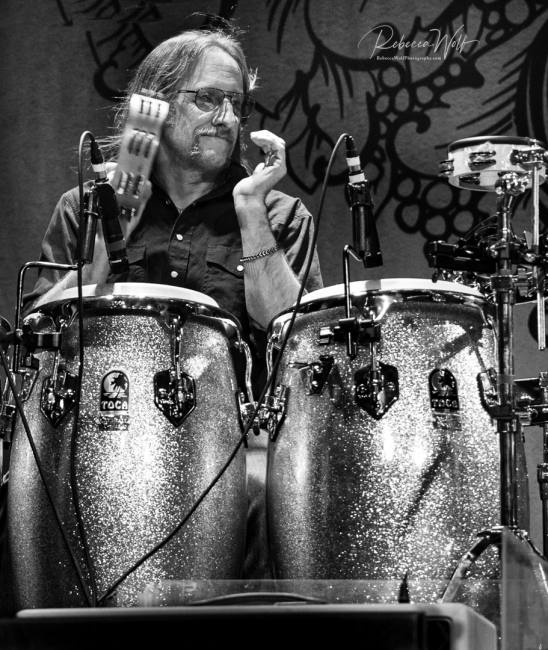 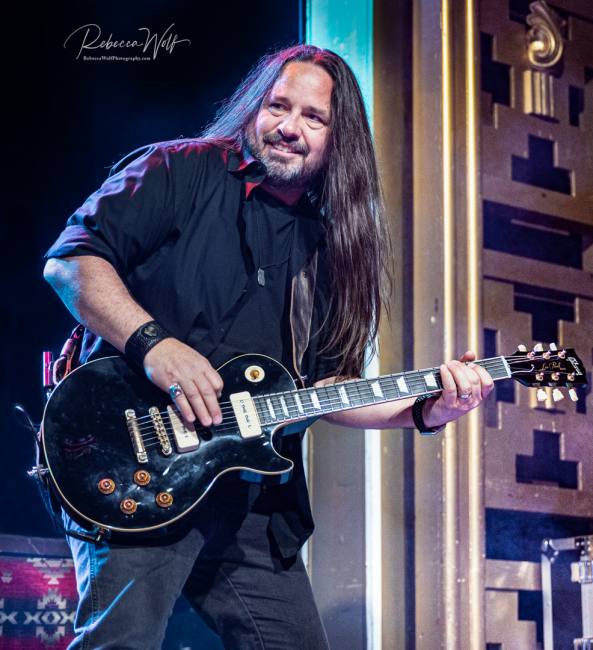 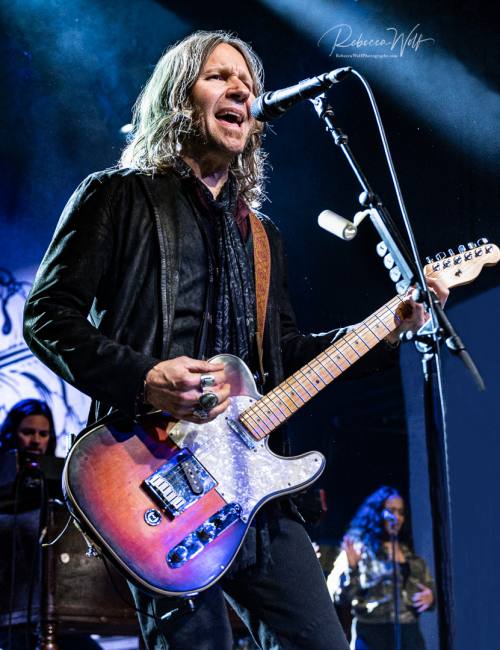 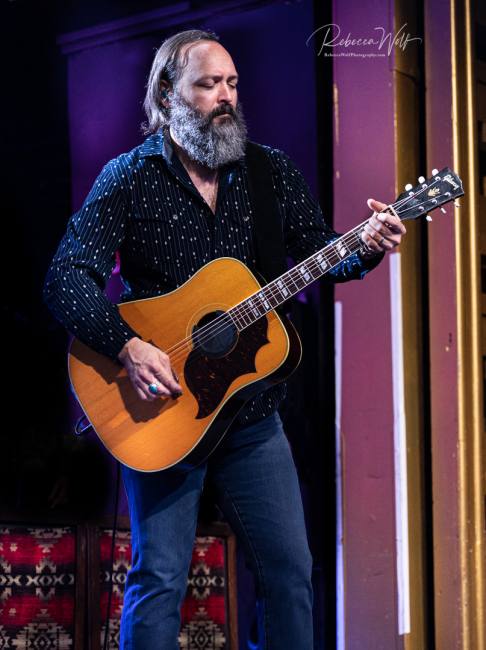 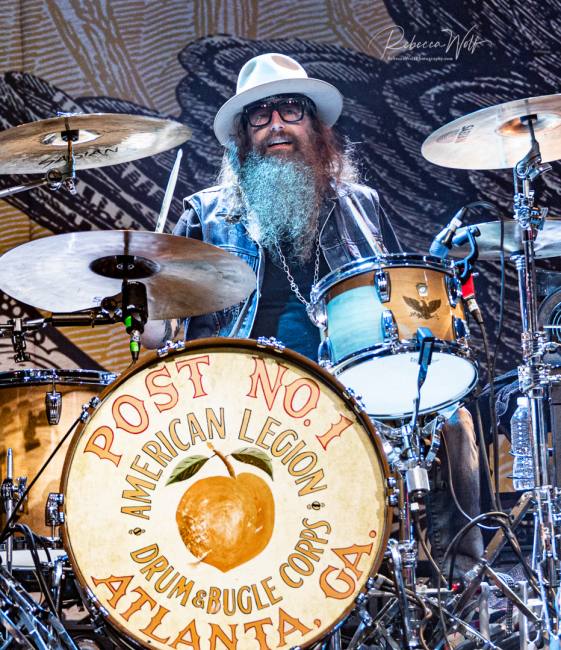 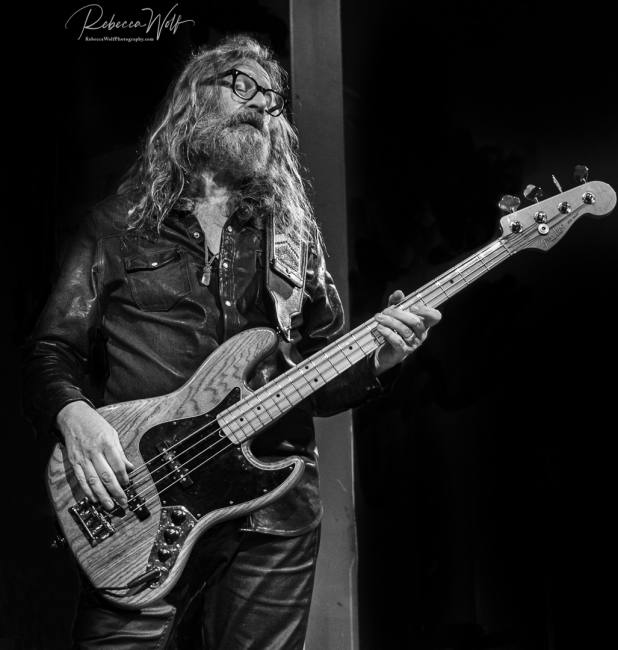 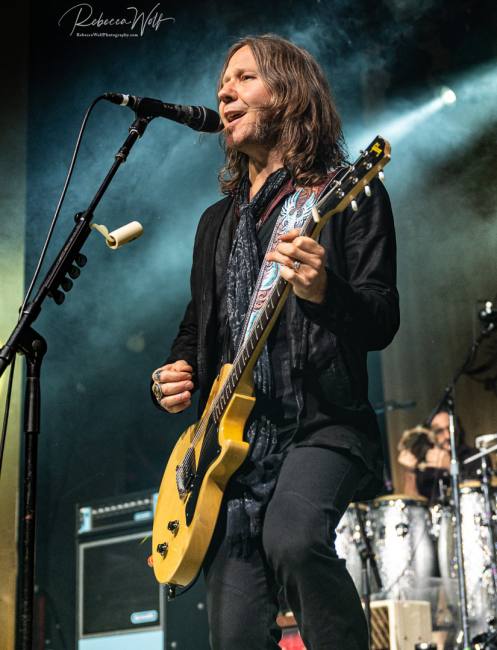 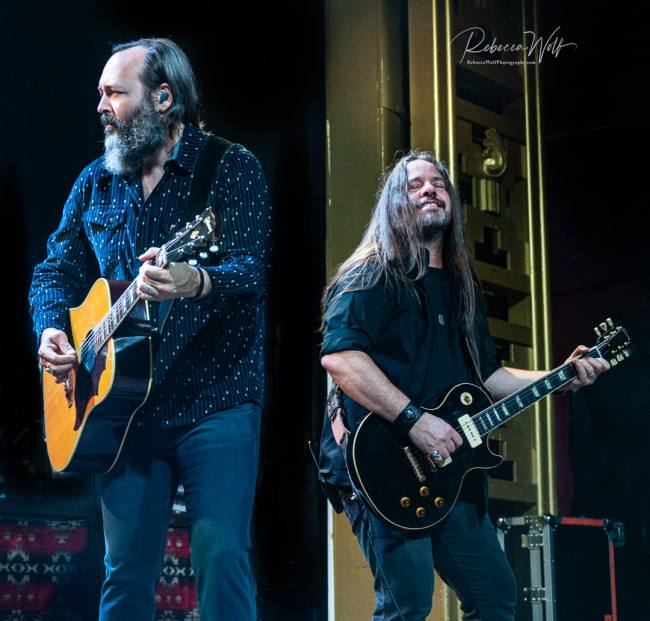 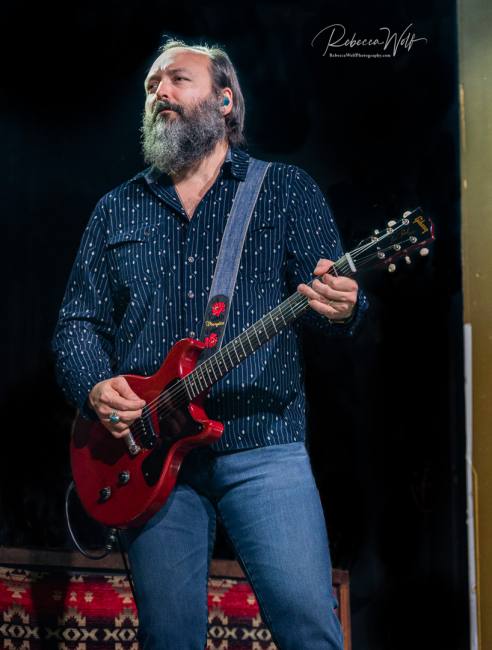 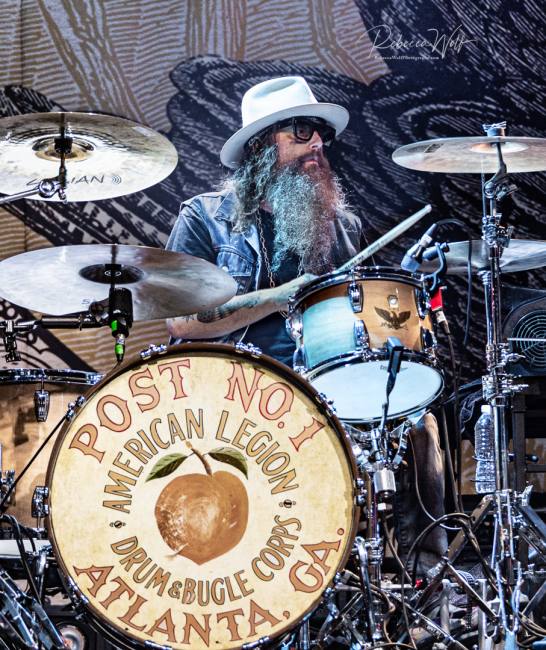 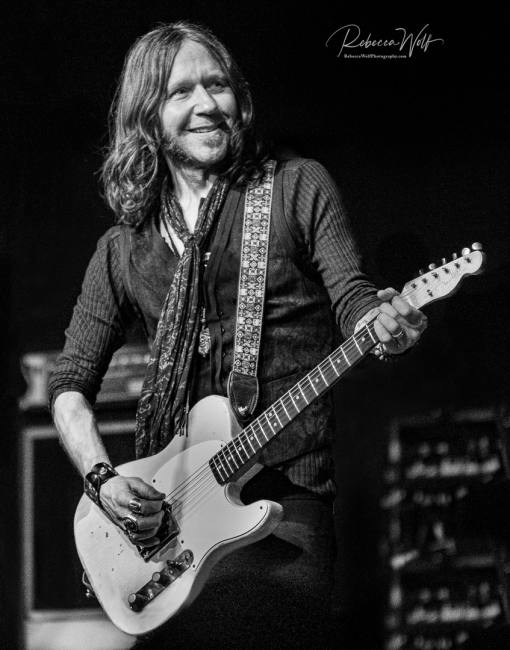 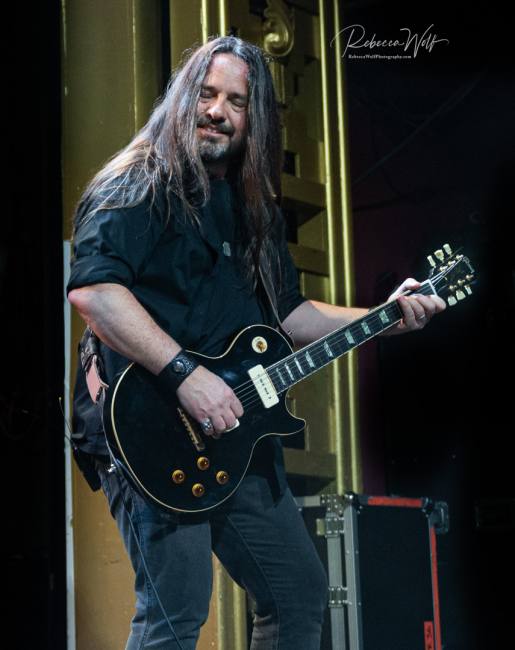 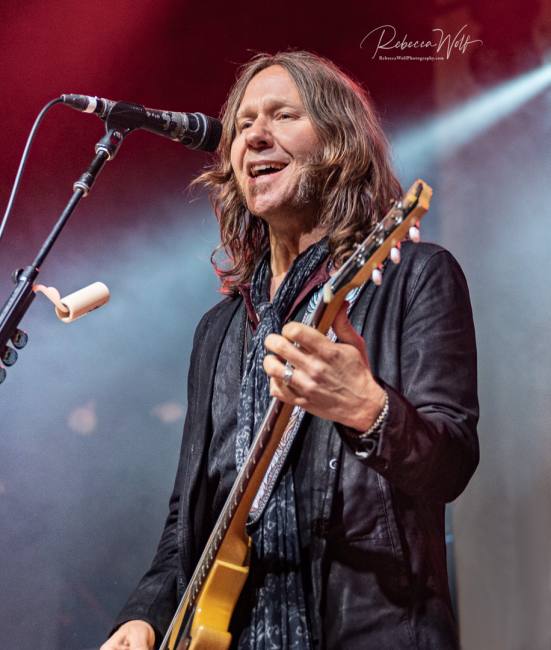