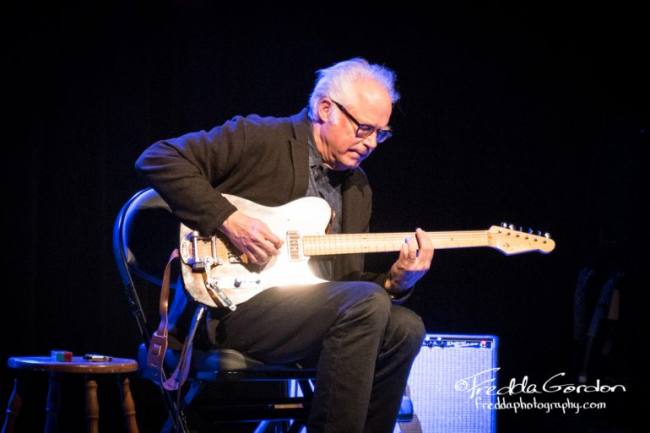 I had the good fortune to be able to see Bill Frisell perform solo on his telecaster tonite at Fairfield Theatre Company, in Fairfield, CT, one of the best places to see a show like this. When entering the room I immediately saw the menagerie of stuffed animals in front of one of the amps. I don’t know the reason behind them, but it added a bit of comfort and humor to the living room feel of the set.

Frisell walked on the stage unceremoniously and began playing. One song led into the other as the music resonated through the silent venue for 75 minutes straight, except for 3 brief stops. His sound was clear and fluid, sometimes accompanied by himself on a loop. At times it was hard to tell when the loop began and ended.

Frisell is followed by a lot of musicians. One of them, Steve Wood, a trumpet and guitar player from Connecticut said “every concert I’ve seen him play has been one of my favorite concerts. He creates his own sound with bright, open, resonant chords with lots of space. Even if you don’t like that type of music you can appreciate how creative he is.” Wood enjoyed the show and said “there were some really fun moments and I enjoyed the transitions. He would be playing one tune and build in other tunes, and switch over.”

Bill Frisell didn’t speak much but still managed to be warm and funny. At one point his loop seemed to get away from him and he looked at the audience perplexed asking where that came from and everyone laughed. He listened to it for a few seconds, almost in contemplation, then stopped it and finished the song with a final chord. This moment made me feel closer to his music and appreciate seeing him live. When he came out for an encore he said something to the effect of “I already played all the tunes I know” which was also greeted by laughter.

Even without many words, Frisell is speaking the whole time through his music. A highlight for me was hearing him play “What the World Needs Now is Love” and as soon as I realized what he was playing I was grateful to be there. 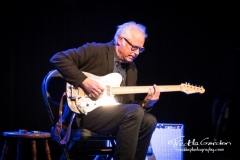 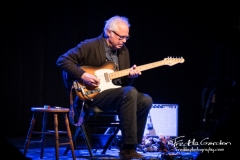 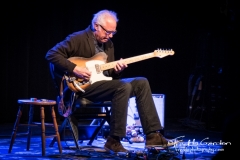 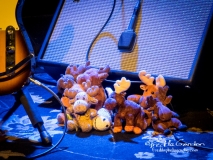 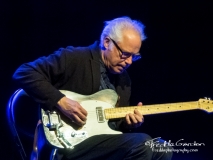 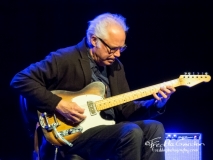 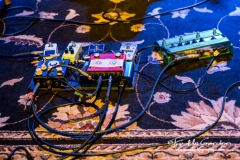 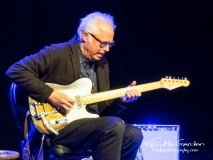 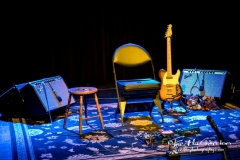