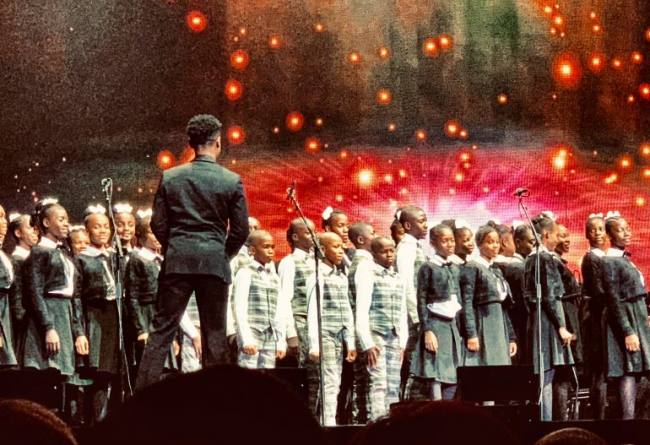 Andrea Bocelli returned to MSG on December 12th and 13th for his annual holiday concert to a sold out audience of devoted fans. The evening, a mix of classical Italian, pop and holiday song was electric with Bocelli sharing the stage with soprano Larisa Martinez, guest artist Heather Headley and Matteo Bocelli. The New York Choral provided vocals throughout the concert. The world famous conductor, Eugene Kohn, superbly led a symphony of musicians that extended upon the entire stage and played a set list that included “La donna e mobile” (Verdi), Funiculi funicula (Denza) and O soave faniculla (Puccini). A children’s choir, sponsored by Bocelli’s Foundation, “Voices of Haiti” appeared and accompanied him on “Ave Maria” and “Amazing Grace”. Graceful dancers performed a magical pas de deux while Bocelli sang “Maria” from West Side Story. The adoring audience, on their feet, throughout most of the show, enthusiastically brought Bocelli back to the stage for two encores which, of course, included his signature, ” Con te partiro” (“Time to say Goodby”).

Photos and review by Maria Passannante-Derr. 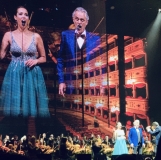 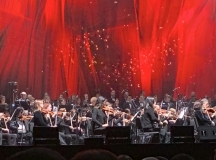 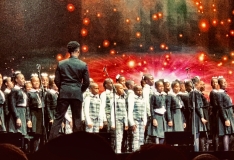