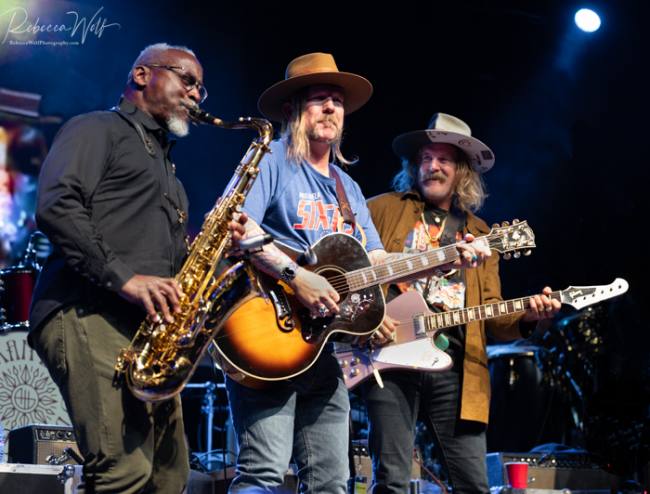 Philadelphians have a bit of a reputation that precedes them. Those who have experienced Philly know that Philadelphians can have some spunk and grit.  And, why not? Philadelphia has quite an impressive history. Philadelphia played an instrumental role in the American Revolution, as the meeting place for the signing of the Declaration of Independence and the Constitution; it’s the home of our first national capital, and remains residence for our nation’s treasured Liberty Bell. The heart and soul of Philadelphia is rooted in these symbols of liberty, freedom and independence. Fast forward 200 years, and who doesn’t remember the Oscar winning movie “Rocky” and Sylvester Stallone’s iconic run up the steps of the Philadelphia Museum of Art. Standing in victory, atop the museum steps, Rocky was a symbol of dedication, tenacity and a “never-say-no” attitude. The embodiment of this freedom, independence, tenacity and never-say-no attitude, are the free-speaking, strong-minded, enthusiastic, self-assured Philadelphians.

Philadelphians can be direct and tell things like they are. They can be comfortable letting loose, throwing themselves into what they are passionate about, and not care what others think. Anyone who has witnessed fans of the Eagles (the football Eagles) has seen that in spades!!

Earlier in the week the Philadelphia show took an unexpected turn when the venue was abruptly changed from The Met Philly to the Fillmore Philadelphia, with no warning or explanation. Many fans online expressed confusion and upset. Speculations were abound as to why this change occurred. Would the show go off as planned? Would tickets be easily exchanged? The night of the performance a long line formed at the Fillmore, as fans were required to transfer the tickets for The Met for corresponding Fillmore tickets. While there could have been chaos and negativity, fans eager for the show remained in positive spirits. This positivity was the beginning of the elation and unabashed adoration that would emerge over the next several hours.

Opening the evening were the River Kittens, a St. Louis duo recently signed by Devon Allman’s Create Record label. Having now had the opportunity to experience the River Kittens perform for a second time, I can honestly say these women, Mattie Schell and Allie Vogler, are talented singer-songwriters and musicians, who’ve crafted songs from a mixture of folk, bluegrass, and Americana. Playing guitar and ukulele, the ladies displayed beautiful harmonies, clever lyrics and mid-western charm. While it must have been challenging to sing to a crowd entering a venue, settling themselves in, and still engaging in conversation, the positive, upbeat vibe of The River Kittens never swayed, and helped to draw in the crowd.

The  excitement in the Fillmore was palpable, as the seats began to fill and the audience awaited the entrance of The Allman Betts Band (Devon Allman, Duane Betts, Berry Oakley, Jr., John Lum, John Ginty, Johnny Stachela, and R. Scott Bryan.) As the stage lights lifted and the band members emerged onto the stage, the audience erupted in applause and cheers. This was just the beginning of the escalating excitement and adulation that would spread throughout the theater, as the music invigorated and energized the crowd over the next 3+ hours.  “Usually we play this many songs,” Allman shared with the crowd, demonstrating a list about the size of a sheet of paper. “But tonight the set list is THIS long,” he emphasized, stretching his arm all the way to the ground, to the resounding cheers of the fans.

The Allman Betts band began this musical extravaganza with Allman Betts favorites, “Magnolia Road” and “Shinin,’” to jumpstart the night with a dose of energy and spirit (not that the crowd needed assistance), followed by “Southern Rain,” to add a layer of rhythm and soul. From this point The Allman Family Revival truly began, as an incredible range of musicians and vocalists filtered onto the stage to join in this grand musical celebration. Some of the artists shared long-standing connections to the Allman family, like vocalist Lamar Williams, Jr. (son of the late Allman Brothers bass player, Lamar Williams), vocalist/harmonica player Jimmy Hall, who played with Gregg Allman in the 1990s, tenor saxophone player Art Edmaiston, who began playing with the Gregg Allman Band in 2014, and even drummer Alex (Orbi) Orbison (son of the late Roy Orbison), a former bandmate of Duane Betts and Berry Oakley Jr.

Not every musician in the family revival had a history with the Allman family. However, each artist’s unique sound (whether soul, blues, folk rock, blues rock, Southern rock, country rock) fit perfectly well with the Allman music and vibe, as they joined The Allman Betts Band in playing a classic Allman Brothers song, as well as showcasing their own musical creations. Together these artists were able to paint a vibrant kaleidoscope of sound, as multicolored as the backdrops changing behind them. Singer-songwriter Lily Hiatt performed “The Last Tear,” from her recently released album entitled Lately with a beautiful, sultry, folk rock sound. Blues rocker Joanne Shaw Taylor commanded the stage and rocked the house with “Stop Messin’ Round,” from her latest album, The Blues Album. This woman meant business as she sang and played her guitar with gripping, heartfelt soul. With a gleam in his eye, Jimmy Hall performed the 1974 hit song, “Keep on Smilin’” from his band Wet Willie.  “We’re gonna put a smile on your face and you’re gonna spread that all over the world…it’s easy,” announced Hall, to the cheers of the crowd. Hall’s voice remained incredibly rich and strong and was complemented by his stellar harmonica playing.

Without a doubt, a performer who captivated the crowd with his energy, vibe and guitar picking, was blues rocker Eric Gales. Playing his newly released song, “I Want My Crown,” Gales was accompanied on tambourine by his glamorous rock and roll wife LaDonna, as he flipped his braids and sang with his smooth, rich groove.  California rocker Donavan Frankenreiter was joined by Grammy nominated pedal steel guitar player Robert Randolph for Frankenreiter’s upbeat, smile-on-your-face, dance-in-your-seat song, “Move By Yourself.” And, incredible saxophone player Karl Denson (with the Rolling Stones since 2014), showed off his horn skills during The Allman Brothers song “Ain’t Wastin’ Time No More.”

As the evening progressed, the audience members’ excitement escalated. Classic Allman tunes, played by various combinations of the Allman Family Revival musicians, included “Melissa” and “Statesboro Blues,” as well as Gregg Allman Band songs, “I’m No Angel” and “I Believe I’ll Go Back Home.”  With each song, fans slowly began making their way towards the front of the stage, where ultimately dozens crowded; some eager fans frantically waved their hands and called out in hopes of securing a treasured guitar pick. Throughout the venue fans danced, cheered and sang Allman tunes with unabashed joy and passion. As the evening came to an exhilarating end, all musicians joined on stage to perform The Allman Brothers beloved, “Midnight Rider,” with 2000+ voices singing along in unison. In retrospect, it was probably a significant benefit for the show to have ended up at the Fillmore, which is more conducive to the party scene that occurred than The Met Philly would have allowed for. This party was a celebration of the music, the life and the love for Gregg Allman and The Allman Brothers Band. Putting a damper on this passionate and enthusiastic celebration would have been a shame, if not impossible. Remember this Allman Family Revival performance was in Philadelphia….the birthplace of independence and freedom….a place symbolic for tenacity,  a never-say-no attitude and free-speaking, enthusiastic Philadelphians.  What a great place for a show to celebrate someone as passionate, independent and tenacious as Mr. Gregg Allman. 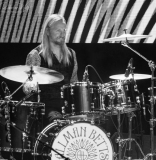 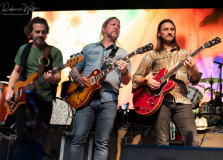 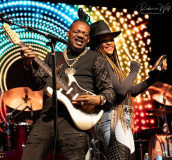 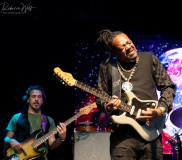 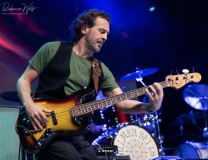