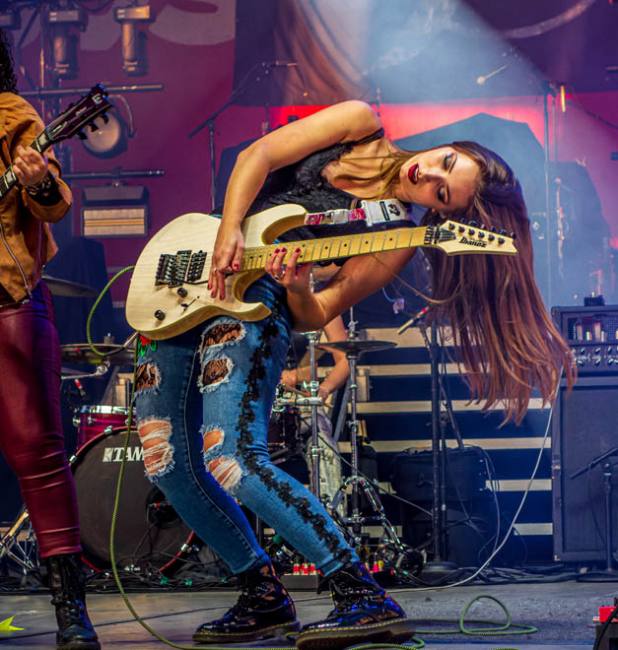 On a beautiful fall night in New Jersey, the second to last show of the summer concert season took place at PNC Bank Arts Center. Featuring Alice in Chains, Breaking Benjamin, Bush, and Plush-it was an awesome line-up it.
Plush took to the stage first. An all-female rock band, this was the second time seeing these ladies and man- do they rock. Along with great tunes from their first album, they set the tone for the night.
Bush took the stage next. Gavin Rossdale and the boys came to play and their energy is so high, it’s contagious. A 45-minute set that was mixed with of old and new material. Highlight for me was Jerry Cantrell from Alice in Chains joining in on “Comedown”. Blew the audience away.
Breaking Benjamin hit the stage next. I only knew a handful of songs. Their stage was dark but filled with pyro. Solid hour of killer guitar and screaming.
Alice in Chains was the Headliner. A 15-song set list that included the bands biggest hits. Nothing but awesomeness to say about this band. William DuVall- lead singer was just amazing. He came ready and left everything on that stage. Gavin Rossdale returned to favor when he came out and did “Man in the Box” with the band. Jerry Cantrell, a guitar master, was worth the price of admission. Can watch him play all night.
A truly magical night in NJ. Thanks Ladies and Gents for one more night under the stars. 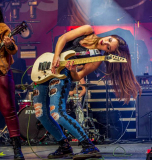 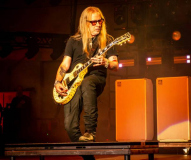 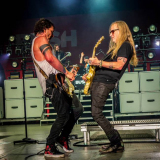 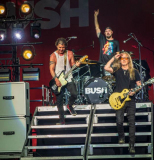