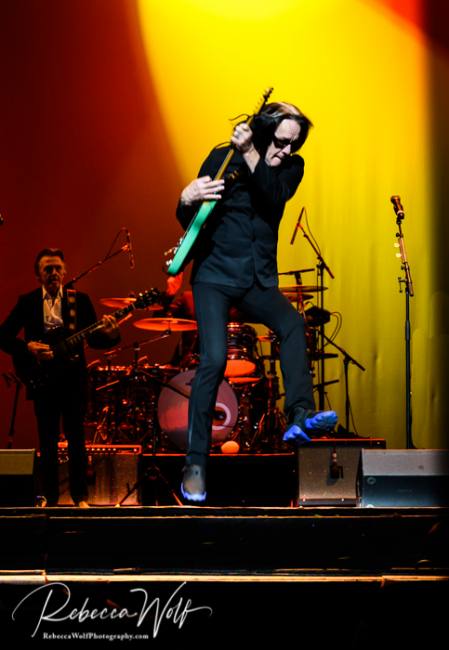 A Tribute to the Beatles’ White Album

When an entire concert tour is created to commemorate the 50th anniversary of an album’s release, it’s quite evident the mark that record has made…across time and across generations. There are few albums that bear that distinction. There are also few bands who are so iconic that their popularity spans decades, oceans, and cultures. The band I am referencing is none other than the Beatles and their iconic 1968 album, actually titled The Beatles, is none other than their album widely known as The White Album. This double album, and its plain white sleeve, contains a wide range of musical styles, as the Fab Four were on the verge of break up, and were increasingly individual artists. Of the 30 tracks on The White Album, only 16 have all four band members performing.

Although the album was released as the band began winding down from their years spent as a creative unit, this album is chock full of songs that became some of the most beloved and well-known Beatles classics. From McCartney’s powerfully energetic “Back in the USSR,” whimsically uplifting “Ob-La-Di, Ob-La-Da,” and beautifully calm “Blackbird,” to Lennon’s innocently soulful “Dear Prudence,” to Harrison’s passionate “While My Guitar Gently Weeps,” the album takes its listeners on a fantastical journey of musical highs and lows, one that keeps listeners engaged and absorbed…even after half a century of repeated listening.

Bringing together a group of performers to pay tribute to such a treasured album and iconic band must have been no easy task. The individuals had to be skilled musicians/singers, have an understanding and connection to the music of the Beatles and be able to develop a cohesive bond for showcasing their works of art. The five talented musicians chosen for this honor all brought to the stage decades of experience as members/leads of successful bands. While each have different backgrounds and singing styles, they worked together to create a perfect blend of sound, as well as the spirit and energy The White Album deserves. These five musicians are Todd Rundgren, Christopher Cross, Micky Dolenz, Jason Scheff and Joey Molland.

The first song on the album, “Back in the USSR,” opened the night’s performance.  With all the performers on stage, the sound filled the packed venue with excitement and energy. For the remainder of the evening, until the final song of the night (the crowd favorite “Ob-La-Di, Ob-La-Da”), the stage was home to a rotating group of musicians.  In stark contrast to the opening number, “Dear Prudence,” was soulfully and beautifully sung by Jason Scheff, formerly of Chicago. Todd Rundgren’s high spirit was well-suited for “Everybody’s Got Something to Hide Except Me and My Monkey.” Christopher Cross lent his smooth singer-songwriter voice to “Martha My Dear,” while Badfinger’s Joey Molland upped the pace with “Savoy Truffle.”

During the remainder of the first set, each of the five band members shared two songs from his  individual catalogue. Welcoming the audience to the tour, Micky Dolenz of the Monkees expressed gratitude to songwriters (Neil Diamond, Neil Sedaka, Carole King and Gerry Goffin), without whom his songs would not exist. Strolling across the stage in his black Western hat and long black blazer, Dolenz took on the roll of evening host. To the delight of the crowd he shared the Monkees’ hits “I’m a Believer,” to which the crowd enthusiastically sang along and the melodic “Pleasant Valley Sunday.

Joey Molland belted out Badfinger classics, “Baby Blue” and “No Matter What,” the latter of which was produced by none other than Todd Rundgren, who joined  Molland on backup vocals.

As a 31-year veteran of the band Chicago, Jason Scheff displayed his incredibly strong and beautiful voice on the band’s classic ballad “Hard to Say I’m Sorry,” while accompanying himself on keyboards.  What better song to contrast this sentimental piece than Chicago’s brilliantly energetic, guitar-filled hit “25 or 6 to 4,” perfectly executed by Scheff, with guitar accompaniment by Rundgren. Rundgren enthusiastically performed his hits “I Saw the Light,” and the ever-popular “Hello It’s Me.” Requesting audience participation during this beloved classic, the crowd whole-heartedly obliged.

With his velvety smooth voice still intact, singer-songwriter Christopher Cross blanketed the crowd in warmth, as he sang his sweet ballad “Sailing.” Noting that the next song started everything rolling for him, Cross picked up the pace and took his fans on a journey with his hit “Ride Like the Wind.” The evening’s first set ended with Rundgren performing a wonderfully passionate version of the Harrison-penned, “While My Guitar Gently Weeps.”

With a single acoustic guitar, and the sound of a chirping bird, Christopher Cross opened the night’s second set with the touching and timid “Blackbird,” followed by “I Will ” and “Julia.” Cross was joined by Scheff to sing Lennon’s touching love song ( about his mother Julia) and the two beautifully harmonized this hauntingly exquisite song.  The second set included Dolenz perched on a stool, sharing the tale of “Rocky Raccoon,” while Molland rocked with the audience to “Revolution 1.”

In true Todd Rundgren fashion (for those who’ve seen him perform), Rundgren was his usual entertaining, energetic, unique self on stage. With costume changes for “Sexy Sadie” and “The Continuing Story of Bungalow Bill,” Rundgren threw flowers to audience while singing about Sadie, and doused the crowd with his water gun as Bungalow Bill. Moving about the stage while performing, Rundgren punctuated the end of each song with his signature twirl and leap.

Along with “Piggies,” “Glass Onion,” and “Helter Skelter,” each led by a different artist, a majority of the songs on The White Album were performed over the course of this 2 1/2 hour show. With all hands on deck for the encore, “Ob-La-Di, Ob-La-Da,” the energy and enthusiasm on stage equaled that of the thrilled audience members.

While The White Album was crafted half a century ago, the music that fills the album remains engaging and timeless. These five musicians, Todd Rundgren, Christopher Cross, Micky Dolenz, Jason Scheff and Joey Molland, should surely be commended for their performances and their amazing tribute. These gentlemen showcased the diversity of this masterpiece, through their individual talents and skills, while in turn demonstrating a wonderful collaboration and union. Hands down, this is a show no one who loves the Beatles and timeless rock and roll will want to miss! George and John must be looking down with pride, and Paul and Ringo will hopefully be sitting front row at a performance, enjoying and appreciating this amazing tribute. 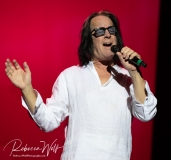