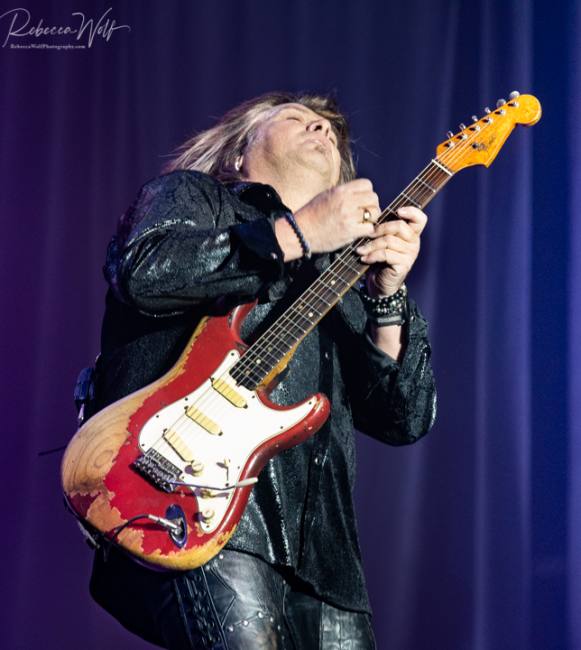 Those of us who grew up loving 70s and 80s rock, whether it was “classic” rock, Southern rock, pop rock, soft rock… tend to have something in common, a nostalgia for the music of our youth. Everyone knows the feeling of a song transporting you back in time, or an album taking you down a rabbit hole of memories. When a nostalgic song comes wafting through our speakers we often briefly lose our place in time. However, when this time travel comes to an end we shake our heads in wonder and in a bit of confusion; how did we get here… 40 years later? Wasn’t it just 1981? While those moments may feel bittersweet, we still revel in the memories and joy this music brings.

This thirst for musical nostalgia is evident across multiple aspects of the music industry, including the significant increase in vinyl record sales, as well as the recent reintroduction of some music on cassette. However, what screams nostalgia to a greater extent is the continued (even escalating) enthusiasm for live concerts of 70s/80s artists. Not only do fans want to hear music from their yesteryears, but they are thrilled to hear it played live, from the voices and instruments of those remaining in their beloved bands. While it may be 40 – 50 years since the height of some of these musical groups, what’s evident during these performances is the sense of comradery between the audience and the artists, a feeling that everyone is still here, supporting each other and enjoying the music together. Play the music and they will come! That sense of connection was present at the Mayo Performing Arts Center on October 1st, where eager audience members, contemporaries of the band, filled the venue with the enthusiasm of those who’d been 38 Special fans since their 1980s heyday.

While 38 Special was formed in 1974, and released two albums in the mid-70s, it wasn’t until their third album was released in October 1979, that the band had their first song receive national airplay, with the title track from the album Rockin’ Into the Night. This began a positive trajectory for the band, and paved the way for their platinum-selling fourth record, Wild-Eyed Southern Boys, and it’s hit “Hold on Loosely,” which charted at #27 in 1981. Continuing on this upward swing, the band released Special Forces in May 1982, with “Caught Up in You,” which hit #1 on the Billboard Rock Track chart, as did their single, “If I’d Been the One,” in October 1983. “You Keep Running Away” and “Back Where You Belong” were radio hits in 1982 and 1984, respectively, and “Teacher, Teacher,” from the movie soundtrack of Teachers reached #1 on the Billboard Top Tracks chart in fall 1984.

Throughout the 80s, into the 90s, and continuing in the new millennium, 38 Special toured, released a number of albums, and went through multiple line-up changes. While band members have come and gone over the years, each musician has been a veteran rocker, dedicated to joining forces with fellow members and to carrying on the legacy and sound of 38 Special. Since 2019, the band’s line has consisted of vocalist/guitarist Don Barnes, the band’s only original member, keyboardist/backing vocalist Bobby Capps (1992, touring since 1987), Gary Moffatt, drums/percussion (1997), bass player/backing vocalist Barry Dunaway (2014) and lead guitarist/backing vocalist Jerry Riggs (2019.)

Although Barnes is the band’s only original member, and lead guitarist Riggs is a new addition, there was nothing that didn’t sound or feel authentically 38 Special. As the voice of 38 Special’s most well-known songs, Barnes continues to showcase the true 38 Special vocal sound. Riggs, performing center-stage, decked in black leather, along with his golden mane, was the consummate rock and roller. As he jammed on his guitar, and lost himself in the music, there was never a moment when it felt like the music of 38 Special did not belong to him. This same sense of authenticity and connection to the music was evident with each band member.

It was that energy, skill and connection to the music that engaged the audience and escorted them on a decades-long journey back in time.  From the show’s opening number, “Rockin’ Into the Night,” continuing with fan-favorites, “Back Where You Belong,” “If I’d Been the One,” and a medley including “Teacher, Teacher,” and “You Keep Running Away,” fans cheered, danced, rocked in their seats, and sang along. While the venue was not sold out, the crowd present filled the space with their enthusiasm, and the band matched their enthusiastic demeanor. As the set was coming to an end and the first notes of the band’s hit “Caught Up In You” filled the venue, cheers erupted in the crowd, bringing all audience members to their feet.  The crowd remained standing as the band left the stage and returned for their encore, including “Chain Lightning,” their hit song and fan favorite, “Hold On Loosely” (impossible for all to not sing along), and a cover of CCR’s frenetic, high-spirited, rock and roll classic, “Travelin’ Band.”

Yes, 38 Special is a traveling band…a band that 40+ years since their heyday began, continues to bring joy and excitement to their fans, and an opportunity to travel down memory lane. It’s a special band that continues to escort you down that lane…but of course how could 38 Special be anything but “special.” 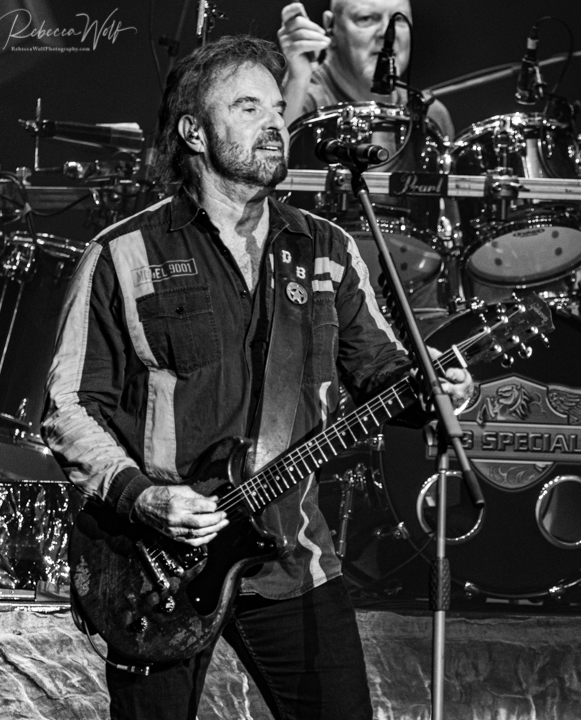 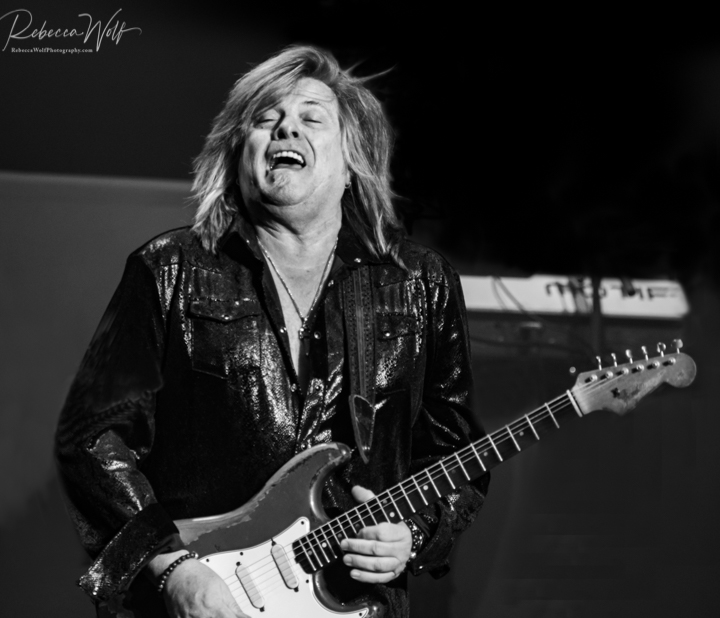 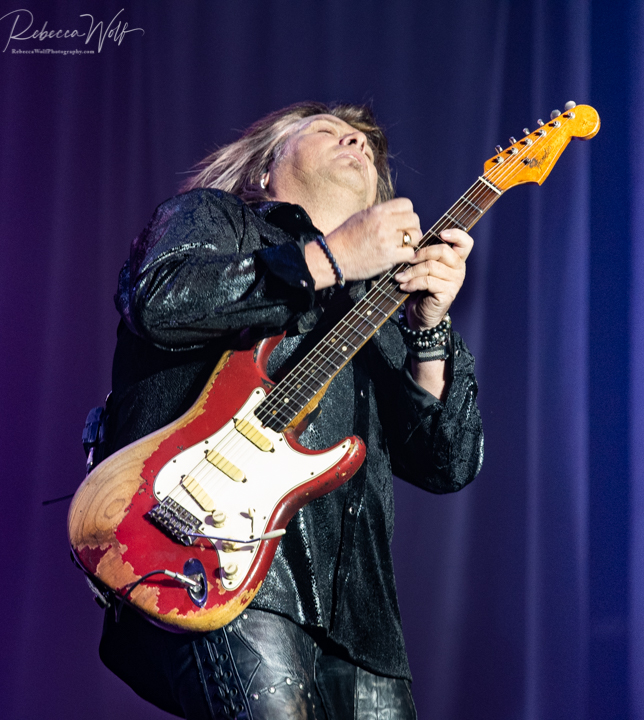 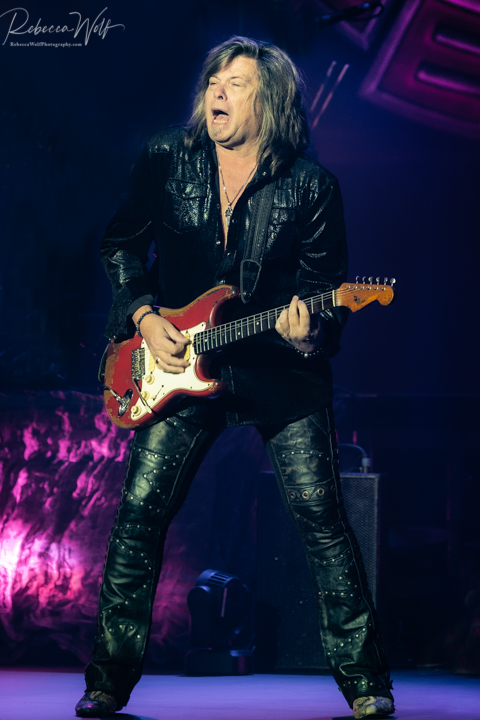 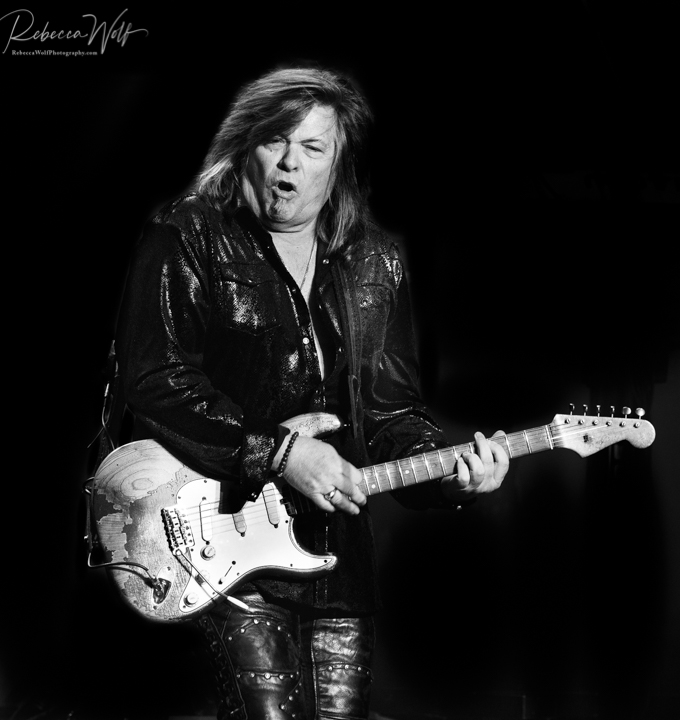 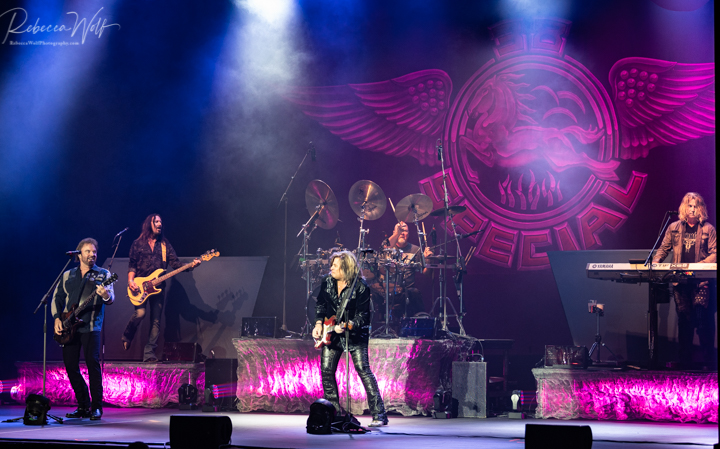 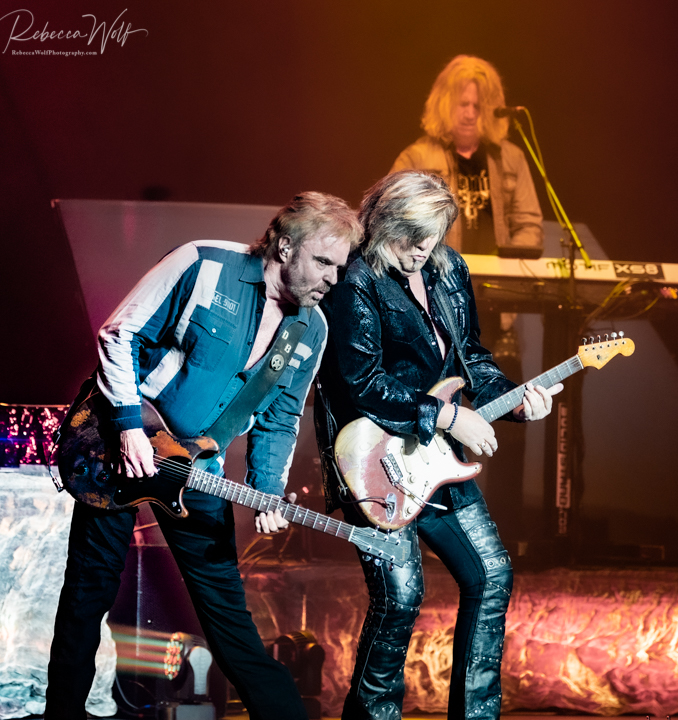 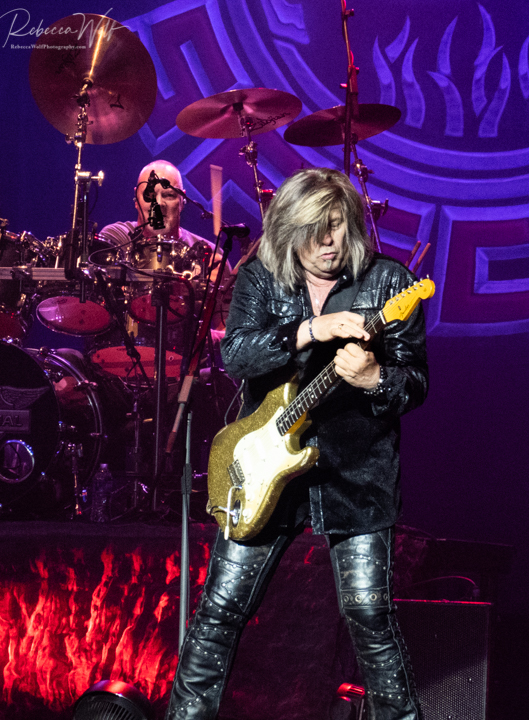 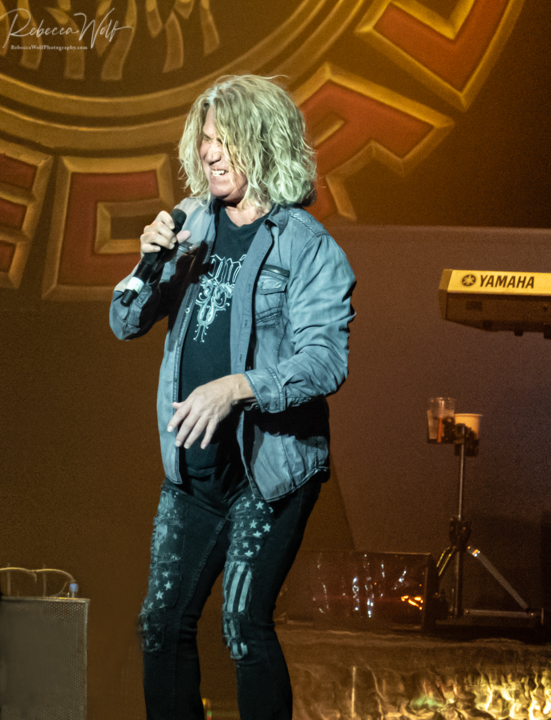 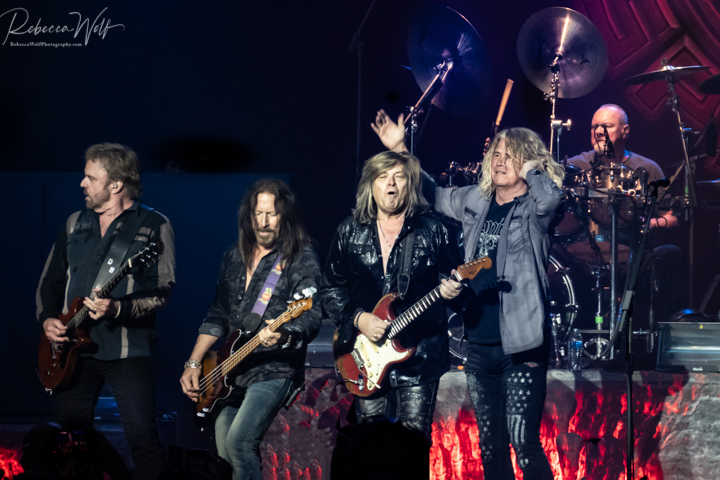 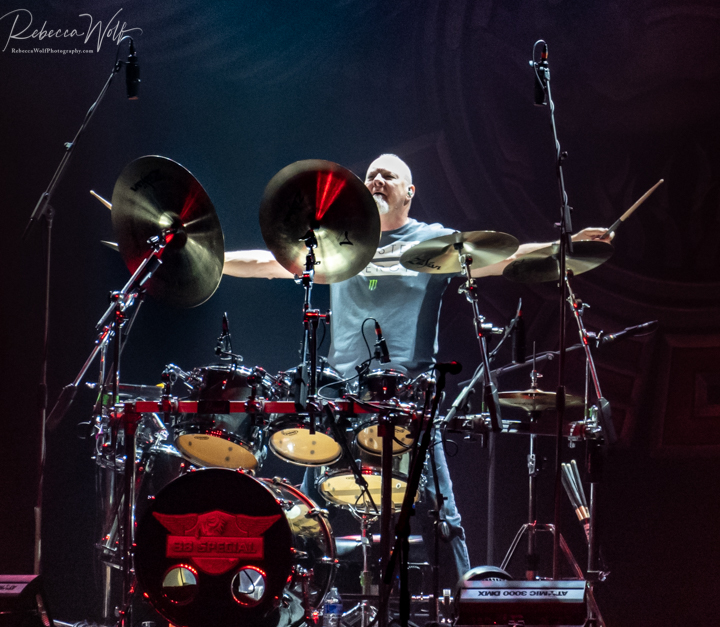 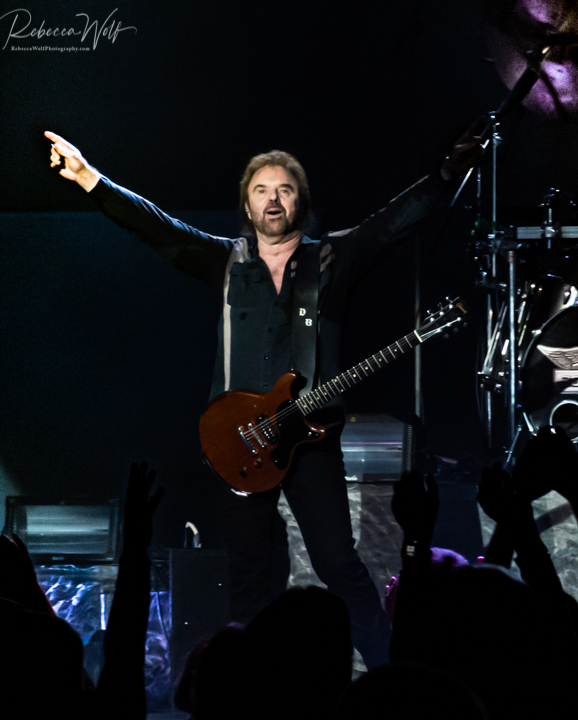