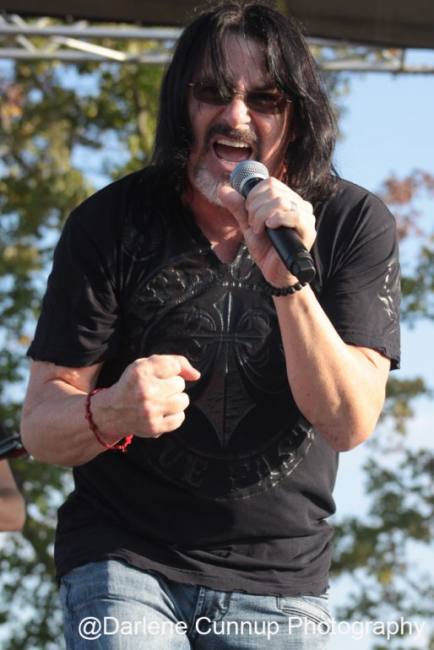 Oh what a feeling!   I am back into concert photography and it feels good.

Lake Wylie, SC was alive with music, food, venders, and boats for the 16th Annual Lake Wylie’s Children’s Charity held on Sunday, September 30, 2018. The weather was just perfect for the fundraiser and everyone was enjoying it.

Music, on stage was noon to 6:00 pm. While enjoying the bands, concert goers could stop to purchase food, drinks, bake sale, visit kids fun zone, visit the football fan zone, or face painting. There was a silent Auction and the event was emceed by comedian and local 103.7 Radio Personalitity “Big Sexy”.

Well known local bands performed sets of well over an hour each. On the Stage was Remedy Hollow, the Smilin” Dogs, Maddie Rean, Ashland Craft and DECARLO.

I arrived late because of another photo session but I got there in time to photograph Ashland Craft an edgy country music singer/songwriter and her band from Greenville, SC.  Ashland appeared on the voice (which I did not know until I got home to look at the program).  I read that she finished as a top ten finalist as a member of Team Miley.  She is now traveling with her band and has opened for artists such as Michael Ray, Scotty McCreery and Devin Dawson just to name a few.

The band was amazing and she brought Maddie Rean up on stage to sing with her at the end of set.  I had no idea Maddie had performed earlier but she is an amazing singer from Swansea, SC who sings everything from Gretchen Wilson to Heart.   She ROCKS!

Next up was DECARLO, who I have been trying to photograph since 2016 I think.

Tommy Decarlo the lead singer of DECARLO is also the lead singer for the band Boston.  Tommy Jr. plays guitar, Dan Hitz is drummer and Brett Nelson is bassist.   They had the crowd rocking with songs spanning the 70’s and 80’s by bands such as Boston, Bon Jovi Foreigner, Lover Boy Styx and many more. 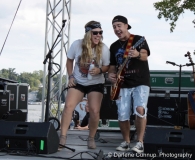 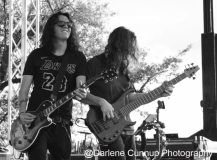